Vandals On The Rails 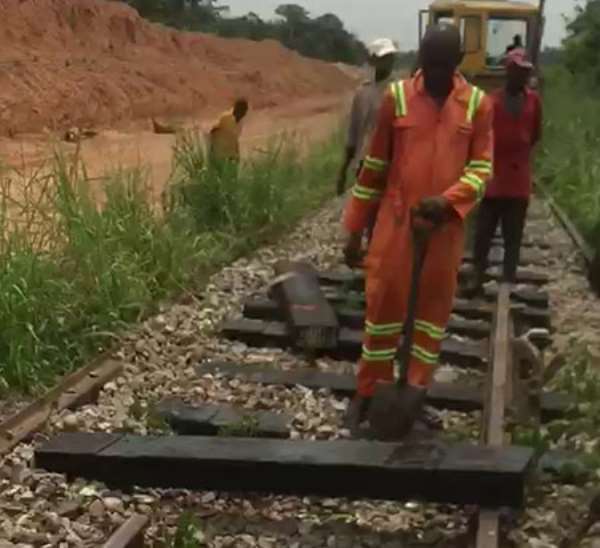 Scrap dealers in the Western Region have set their sights on the railway lines from Kojokrom to Ango in the Sekondi metropolis, consistently cutting the tracks and stealing them with consistent commitment.

It would appear that they are daring the authorities. Otherwise they would not concentrate on this short but critical stretch of railway line which serves as the route for the movement of manganese to the port.

The efforts government is putting in the resuscitation of a dead industry should not be toyed with by criminals who could not care a hoot about the economy.

The stealing of railway parts should be stopped by all well-meaning Ghanaians because of the criticalness of the industry to the socio-economic development of the country.

But for providence there could have been a disaster on that stretch of the reactivated system after the thieves had vandalised some parts of the line. A team had detected the thievery which had occurred at the place, and that was what obviated the disaster.

The local people in the area, which we are told is a favourite location for the thieves working for scrap dealers, should be educated about the importance of the railway, especially how it can enhance their living conditions. Chiefs too must be involved in the war against the scrap dealers because having found the lines a soft target, the thieves would continue their criminal occupation.

The railway system is a favourite of scrap dealers; the lines and sleepers offer thieves ready sources of cash.

We are convinced that if the police are involved and committed in stemming the vandalisation of the railway lines, the scrap dealers would soon be identified and arrested.

The railway parts being vandalised are unique to the industry and therefore easily identifiable.

Scrap dealers being easily identifiable in the communities, law enforcement working together with staff of the railway company can easily clamp down on them and their collaborators.

We have come too far in the resuscitation of the railway system and invested so much in it that we should not allow irresponsible and unpatriotic elements to draw us back.

Last year, there was an allegation that some of the scrap dealers engaged in the stealing of the railway parts have collaborators in the railway company.  While no proof has so far been adduced to substantiate the allegation, it cannot be completely ruled out. It would therefore be worthwhile if law enforcement could take a look at this piece of allegation with a view to dealing a killer blow to the thieves.

Last year, four persons were arrested by Good Samaritans for stealing railway tracks at Obom near Amasaman in Accra. When the community gets involved in protecting public property, the dividends are enormous.