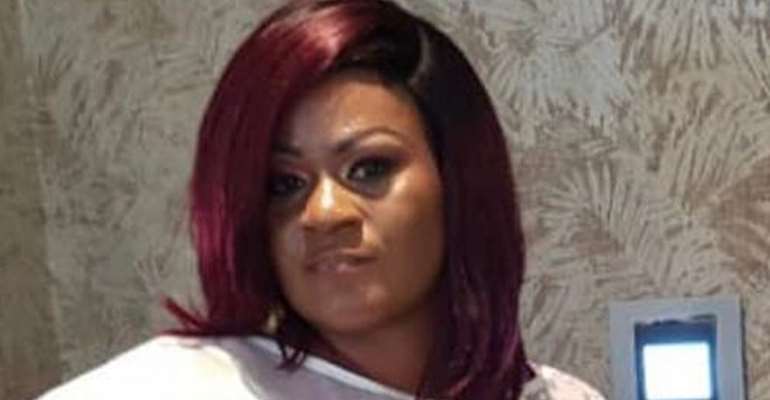 The family of the late Lilian Dedjoe believes strongly that the husband, Charles Dedjoe, is behind the death of his wife, who is their daughter.

According to the Police, Mr. Dedjoe’s report on the incident suggests he found the deceased unconscious on their staircase and rushed her to the hospital.

But the family of Lilian Dedjoe doubts the husband's account of events leading to his wife's demise.

Brother of the late Lilian Dedjoe, Hans-Peter Blasu in a Citi News interview noted that the relationship between the couple had been undesirable.

“There was a point in time where my sister wanted to walk out of the marriage,” Mr. Blasu noted.

He said the suspect has given them enough reason to believe that he murdered his wife.

“My sister once visited me in London and opened up to me on the challenges she had been facing in the marriage. In fact, there was an incident on the first of March which to us [the family of the deceased] was a deal-breaker. I do not want to give out all the details but this incident makes us believe strongly that there is more to her death than the account the husband gave.”

“The way Charles handled her after she died is suspicious. He waited for hours before he informed my father. Even after the hospital had pronounced my sister dead, he told my father categorically that she had fallen into a coma and was being transferred to the Police hospital. Meanwhile, he had already sent the body to the mortuary. We believe that Chare caused the untimely death of my sister.”

The brother of the deceased thus called on authorities to ensure that justice is served his family.

The suspect has been provisionally charged with murder and is to reappear before the court on March 22, 2021.

Meanwhile, the police say they are currently investigating the case.

A statement issued by the police stated the following:

On 06/03/21, one Prince Charles Dedjoe of East Legon reported to police that on the same day around 3:20 am, whilst they were asleep, he heard the wife scream only to come out and find her wife, Lilian Dedjoe aged 43 years lying unconscious on their staircase.

He, together with his two children, rushed the wife to the hospital but she was pronounced dead shortly on arrival.

Police proceeded to the said hospital to ascertain the report. As police investigations were underway and autopsy to be done on the body, on 06/03/2021 the deceased father, reported to police that a day before his daughter's demise, she complained to him that she was severely assaulted by her husband, Prince Charles Dedjoe and that had led to the death of her daughter.

Suspect Prince Charles Dedjoe was arrested to that effect and in custody to be sent to court for remand today.