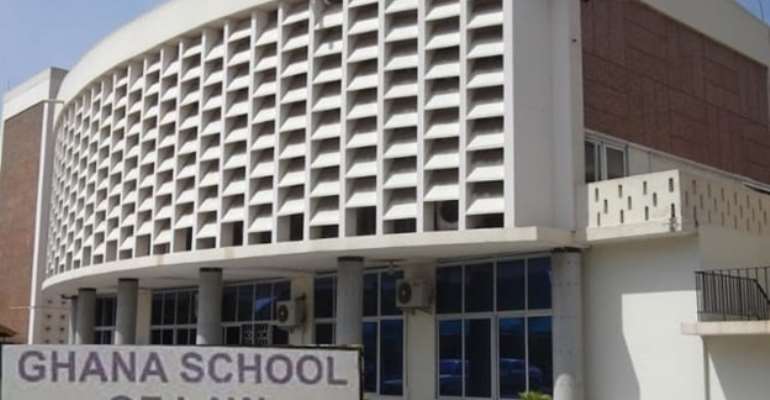 Tension is amounting at the Ghana School of Law and the General Legal Council (GLC) following the wrongful withdrawal of thirty-one students studying the professional law course at the School (properly referred to as Makola).

According to the withdrawal letters signed by the acting Director of the School Maxwell Opoku Agyeman Esq, the affected students had failed to submit their Bachelor of Law (LLB Certificate) to the School to be filed by 19th January, 2021.

The affected students spoke on conditions of anonymity. One of the students said that “I met all the conditions of admission as contained in the Law School Entrance Examination advert, successfully passed the entrance exams, received a provisional admission letter, paid a tuition fee of nine thousand six hundred Ghana cedis (GHC 9,600.00) and resigned from my job to concentrate on the professional law program and since the academic year began late October 2020 has been attending lectures until I was called to pick up a letter at the School’s Registry. The saddest aspect of it is that the School regularly sends information and notices to our class’ official whatsapp platform but remained reticent on deadline for receiving outstanding documentations. Even the entrance exams results came, the School issued an information bulletin which clarified who an awaiting student was and asked all students with awaiting certificate to mandate their Schools to write to the Law School directly. I responded and my school wrote to confirm my degree and Ghana Law School never reached out to come to me whether the communication between my LLB institution and the Makola was sufficient. Suddenly, I received a call to come for a letter and when I opened the letter, it was my withdrawal from the School without any warning. My heart skipped a beat and nearly collapsed. I had to see a clinical psychiatrist because the matter was taking a toll on my mental health.” 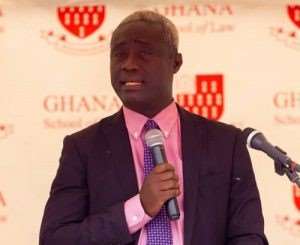 Another student said that “I did my undergraduate LLB law with University of London through their local affiliate institution, Zenith University College. However, the University of London has been impacted by the global pandemic and as results of the logistical challenges, the University sent a letter of attestation to the Ghana Law School confirming that the I have successfully completed the program and the delay in the Certificate has arisen as a result of the lockdown in the United Kingdom which has affected the printing and mailing of certificates and the University assured the Ghana School of Law that the certificate would arrive before end of January 2021 . In spite of this assurance and attestation from my LLB awarding institution, the Law School revoked my admission and offered no refund of my fees except to ask me to re-apply when this year when admissions opens as if reapplying and writing the entrance examination would automatically get me to re-admitted. I know someone who has attempted the entrance examination more than five times and has never made it. I was lucky to have made it on my first attempt and not sure I can make it on a second attempt.”

Another student also recounted her journey to the School and how her single parent mother had to sell her plot of land at Amasaman for a pittance to enable her to pay her initial admission deposit of GHC 9,600.00. When the admissions came, she said, “student had only eight days to pay for their deposit or you lose your place. My mother had to her sell her land less than half of its true value to ensure that I did not miss out the admission to Makola. I know of a friend who nearly missed her spot because the covid-19 had affected the father’s work and was equally struggling to raise the amount within a short time.”

One of the affected students who received his certificate less than a week after she had received her withdrawal letter went to the School and pleaded with the School but the Director said the deadline was given by the General Legal Council, the body that owns the School and regulate legal education and practice in the country and that any petition should be addressed to the GLC.

The Students Representative Council said “when you allow final year students awaiting their results or yet to write to the final exams to apply, then you must have the patience to wait for their certificates to be issued as students do not have any control as to when certificates are issued and even in a midst of pandemic, deadlines need to be relaxed. What is required of a student is to write the exams and ensure that he has passed. The certificate can be expected later once the student has reasonably proved that he has completed his studies and, in this case, final academic transcripts and attestation letters are reasonably sufficient to prove this. When students relied on admission letter to organize their life, resign from their work, take bank loan and in some cases relocate to enable them to be closer to the School, it is a grave abuse of discretion and callous to withdraw them simply because their LLB certificates has delayed on legitimate grounds. As a student body, we are very much concern about this and it is high time the Management of the School become reasonable. Deadlines are set by human beings and so long as students are already enrolled, the School was supposed to have relaxed their deadline. Like when a customer gets into a banking premise a minute before closure, that customer should reasonably be entitled to full services as he demands. We do not shut the door to those who are already in.”

Asked why the affected students were not eager to go to court to challenge the administrative decision by the School, they indicated that the Ghanaian court is rare with students getting justice against Ghana School of Law due to how it is intrinsically woven together with the legal architecture and some of the lecturers from the School are also judges and justices at the Superior Courts. One of them alluded to statement made by the former director of the School, Mr. Ansah Asare that students should not expect justice when they take the Law School to Court.

Majority of the affected students had petition Chief Justice who also chairs the General Legal Council to come to their aid by mandating the School to reinstate them. The students are hopeful that now that the Supreme Court has finished with the 2020 Election Petition, the GLC would meet over their petition so that they can go back to continue their studies ahead of end of year exams. The students feared that if they are not reinstated back, they would have to take another entrance examination which may not necessarily guarantee their entry into the program and looking at time and resources already expended, it is fair that their petition be granted.

A private legal practitioner in Accra who is familiar with how the Law School has been unfair to students in past suggested that government as a matter of urgency should break the monopoly associated with professional legal education as a way of improving access and enhance justice delivery system in the country. The country cannot be held hostage by one institution which has outlived its relevance.

It would be recalled in the Ghana Law School Entrance Examination advert which appeared in the Daily Graphic on 11th June, 2020 permitted final year LLB students awaiting their results or yet to write their exams to apply.

Involve chiefs in galamsey fight – Otumfuo to govt
23 minutes ago