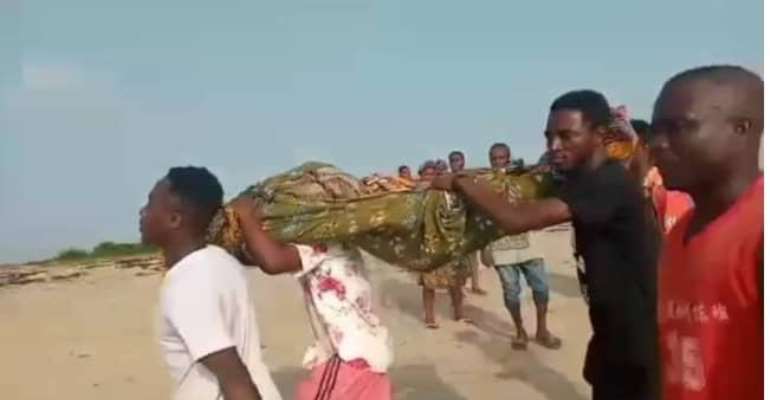 The people of Apam, capital of the Gomoa West District of the Central Region are not alone at this time of their anguish over the drowning of over a dozen teenagers in the sea.

The whole country joins them at this worrying moment as the lifeless bodies of the recovered lie at the local mortuary, with the search continuing for the others who are feared dead.

We have learnt about how tidal waves carried the helpless kids away even as a few were saved.

Children, the age of the drowned, are adventurous and would do everything to satisfy their yearnings, especially when there are restrictions on some activities in our new normal times.

The ban on such activities as swimming notwithstanding, the young boys and girls managed, as the story has it, to outwit the adults whose eyes have been on the beach just so nobody breaches the ban.

They succeeded in satisfying their appetite for a time on the surfs of the Atlantic Ocean but succumbed to the painful process of drowning. How sad to lose such young Ghanaians, some of them in their formative years.

Our beaches are not as safe as they should be, having claimed so many lives over the years and leaving fishermen to undertake the task of recovering lifeless bodies.

With lifeguards not a feature of our beaches, more so during a period of restriction, it is foolhardy to risk swimming in an unpredictable ocean.

We can only imagine what the grieving families of the deceased are going through, some of them yet to hear about the recovery of the remains of their kids.

Parents should nonetheless take more interest in what their children do, especially when they are in their adolescent stages and out of school.

Five pm or dusk which was the time when the tragedy reportedly struck was not a time for swimming, which is why we find the incident amazing.

Although ordinarily this can pass for an accident, law enforcement agents would, we trust, investigate the circumstances leading to the unfortunate incident.

We are still wondering how the kids managed to get in touch with each other, all of them not coming from the same town.

Could they have communicated with each other using mobile phones? Was their converging on the same location before the deadly swimming expedition coincidental?

Like other mysteries of life, this too is beyond our comprehension; we can only leave everything in the hands of God, the all-knowing Creator of the Universe as we pray for the souls of the kids to rest in peace.

Ramadan: Be mindful of COVID-19 – Bawumia advise Muslims
6 minutes ago