By Armel Baily and Amaury Hauchard in Bamako 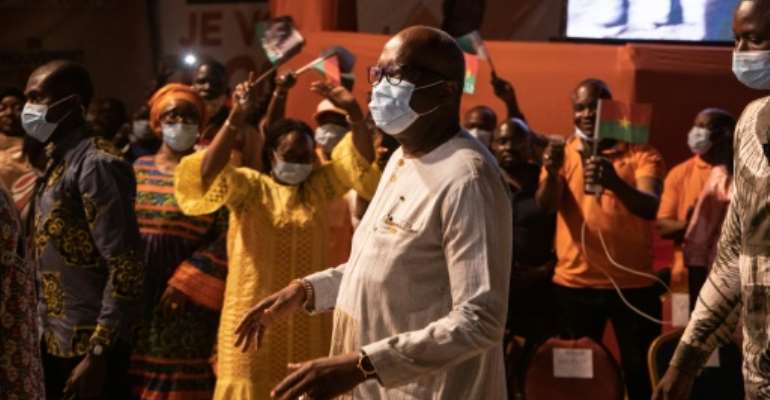 While he was on the campaign trail last November, President Roch Marc Christian Kabore had a mantra -- "We shall not negotiate" -- when talking about Burkina Faso's jihadist insurgency.

The policy set Kabore apart from former president Blaise Compaore, whose view was that dialogue with jihadists from neighbouring Mali had discouraged attacks on Burkina Faso itself.

Kabore's declared refusal has been strongly backed by France, whose military campaign against jihadism in the Sahel is now in its ninth year.

But sources say contacts have taken place with jihadists at the local level in part of northern Burkina Faso.

The initiative is limited in scope, they say, and among jihadist groups, the so-called Islamic State remains beyond the pale.

In February, Prime Minister Christophe Dabire broached the delicate question of dialogue by saying "all major wars come to an end around a table."

A Sahel diplomat in Burkina described those words as "setting the cat amongst the pigeons."

"This amounts to recognition that the official break with the Compaore regime is only a facade and that the will to dialogue is still there," the source said.

The Burkinabe investigative fortnightly, L'Evenement, then reported that 29 jihadists were released as part of negotiations in 2020.

The minister of territorial administration, Clement Sawadogo, told AFP "I have never heard of released terrorists -- I can neither confirm nor deny that."

But, he contended, "there is not a leader in the world who prefers war over peace."

"If there are claims where we see issues on which we can negotiate, I don't see why we shouldn't do it."

The war in the Sahel began in Mali in 2012 before spreading to Burkina Faso and Niger three years later.

The Armed Conflict Location and Event Data Project (ACLED), an international NGO specialised in data collection, reported 2,293 fatalities in Burkina in 2020, the deadliest year yet.

The question of dialogue with the armed Islamists divides Sahel nations.

The military-led government which took power in Mali after a coup last August has sketched it as an option.

But Niger, which is facing jihadist offensives mounted from both Mali and Nigeria, rejects any negotiations.

Despite the official refusal in Burkina, several signs of contact have emerged.

A high-ranking security source told AFP that "initiatives... emanating from local communities" had taken place in the Djibo region -- a northern Burkinabe city in the jihadist-hit "tri-border" area where the frontiers of Mali, Burkina Faso and Niger converge. 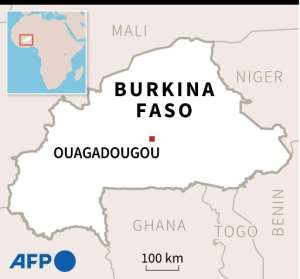 It is "not about dialogue or direct exchanges" but rather "an appeal made by the communities to the fighters who come from these places to lay down their weapons", the source said.

According to another source familiar with the matter, in June 2020 "contacts took place after President Kabore came to Djibo. He told community leaders that he was ready to pardon those who lay down their arms."

The initiatives are admittedly "vague", said Mahamoudou Savadogo, a consultant and specialist in security issues.

"It has to be noted, though, that attacks have largely declined in the area in recent months."

"The message seems to have got through," said an NGO official in Djibo.

"Some young people who feel trapped (in jihadist groups) are keen to lay down their arms but are in fear for their lives."

A United Nations source in Bamako said there was a strong qualifying factor in these initiatives.

These tentative contacts have been with the Support Group for Islam and Muslims (GSIM, an Al-Qaeda affiliate) "but in no case with the Islamic State in the Greater Sahara", the local IS affiliate, the source said.

Groups affiliated with Al-Qaeda seek to forge links with local communities and have reached some governance agreements on a small local scale in central Mali.

But this is not the way of the Islamic State group, unanimously held to impose itself by force.

In the north and east of Burkina Faso, ISGS is well established, sometimes more than the GSIM groups. And the attacks continue.

On March 2, an ambulance hit a landmine, killing six civilians including a pregnant woman.