Solidarity with the women of Sierra Leone 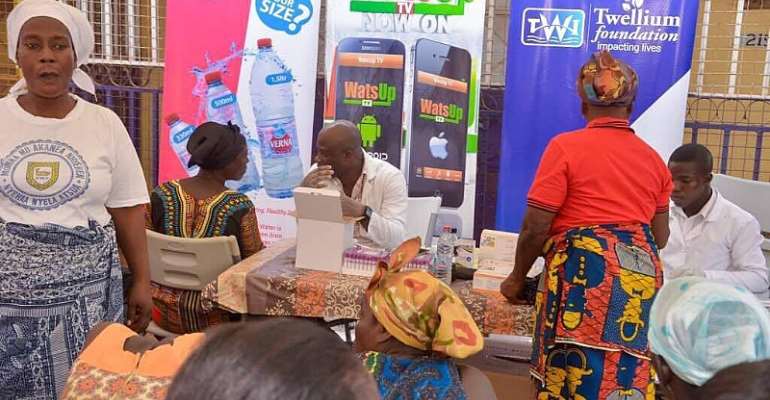 The People’s Democratic League (PDL) celebrates with Sierra Leonean women today, to observe International Women’s Day (IWD). For over a century now, International Women's Day (IWD) has been a celebration of women, their empowerment and inclusion and their ever-long quest for equal treatment to their male counterparts.

To the People’s Democratic League (PDL), International Women’s Day is a special day set by the international community for sober reflection, and an eventful day women from all walks of life will come out in their thousands and millions around the world to demand that their full human rights be respected.

There have been reported cases of rape, domestic violence and ill-treatment of women and girls in our local communities, countries and regions. Women have an intrinsic value, which is equal to men, and that their contributions should be valued, both within the family, and in the larger world, and in the larger context of national and international affairs.

The People’s Democratic League (PDL) wants to use this opportunity to upon Sierra Leonean men to understand that our families should be the basis for peace and harmony, where family members are nurtured and encouraged to grow to fulfill their optimal human potential, regardless of gender. Our families form the fabric of society; they are both the springboard for our efforts in society as well as our refuge from the stresses of modern life.

When men stand together for justice, they can be a powerful force for gender disparity and transformation of society. These challenges court for respect of women’s rights in the home, as well as in the private and national life. Improving women’s wages, ending the exclusion of women in the decision making process and improving their lives can help in no small way to consolidate peace and the democratic process. This is the only way Sierra Leone can extricate itself from the debilitating effect of poverty and underdevelopment.

Wiping-off the tears of our women is one of the driven forces behind the formation of the People’s Democratic League (PDL) in 1986. And today we join women all over the world to press for women liberation and for an end to all policies that degrade or dehumanise women.

On this day, we call on the government in Freetown to take steps further, to address the issues that militate against the development of women in Sierra Leone; provide women and young girls with the skills and knowledge that will help them secure employment or start their own businesses; break down the chain of discrimination against women and create opportunities for women.

A legitimate and democratically-elected government of Sierra Leone led by the PDL will work towards ensuring and supporting Sierra Leonean women’s right to participate in the decision-making and political processes. As a grassroots democratic Organ, the PDL has its many challenges as it were in the very beginning of its inception. How we manage our internal issues is through commitment and dedication to our vision for a New Sierra Leone, where the role of women in nation building is regarded as a patriotic duty. We know that there are things bigger than the PDL, but with our commitment and dedication, Sierra Leone will again restore its dignity, which was sold decades back for a life of opulence and immorality. So, the PDL is the hope for Sierra Leone and we are here to work for the realization of the New Sierra Leone, which we envisaged and which will inevitably emerge out of the ashes of the old and dysfunctional system.

We extend our solidarity to all our sisters and friends struggling worldwide to defend and promote the rights of women.

Gov’t in the process of buying bigger presidential jet – Eug...
8 minutes ago