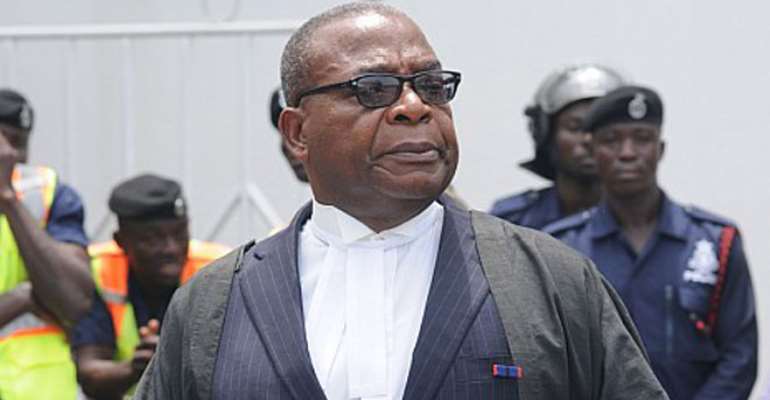 A former Chief of Staff under the Rawlings administration, Nana Ato Dadzie has called on the leadership of the National Democratic Congress (NDC) to be firm and bring all the supporters of the party together.

Mr Ato Dadzie who is also a private legal practitioner said this on TV3’s Key Point on Saturday March 6 while commenting the verbal attack by Sammy Gyamfi on the Speaker of Parliament, Alban Bagbin and the leadership of the Minority MPs including the Minority Leader, Haruna Iddrisu and the Chief Whip, Muntaka Mubarak after the House voted to confirm some ministerial nominees.

Sammy Gyamfi had said in a Facebook post that “Comrades, the betrayal we have suffered in the hands of the Speaker of Parliament, Rt. Hon. Alban Bagbin, the leadership of our Parliamentary group, particularly Hon. Haruna Iddrisu and Hon. Muntaka Mubarak, and dozens of our own MPs, is what strengthens me to work hard for the great NDC to regain power.”

“It’s about time we understood, that we don’t have any NDC Speaker of Parliament. No we don’t! We have a Speaker who rode on the back of the NDC into Office to pursue his own parochial agenda and nothing more. You trust them, at your own peril.”

“The rank and file may want a certain course of action that may not be desirable for the entire nation so we should just encourage them with whatever it takes to hold together.

“We have decided to take the path of multi-party democracy and we should encourage parties to have internal democracies to be able to survive this catastrophic challenge.”