Has the average Ghanaian regained economic and fundamental freedoms after 64 years of independence? 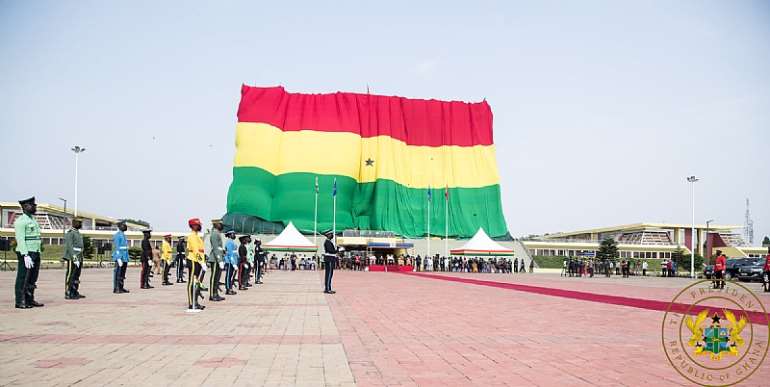 This is not a deliberate attempt to discredit the gallant men and women who have been exerting dint of efforts to raise the flag of Ghana since regaining the ultimate freedom from the British some 64 years ago, far from it.

But it is rather an honest assessment of life after regaining the independence from the British on 6th March 1957.

The overarching question, however, is: has the average Ghanaian regained economic and fundamental freedoms following the attainment of independence from the British some Sixty-four years ago?

Obviously, it was absolutely right for our Forebears to bulldoze their way through for the independence, notwithstanding the fact that all human beings are born equal in right and dignity, and hence no one has an absolute right to trample upon another’s inalienable human rights.

Martin Luther King Jnr of blessed memory hit the nail on the head when he aptly opined during Ghana’s independence celebrations in Accra: “The oppressor never voluntarily gives freedom to the oppressed; the oppressed has to work tirelessly for it (King 1957).”

I am in acquiescence with Dr Martin Luther King Jnr on his incisive observation. Freedom is, indeed, gained through hard work and persistence, but not through listless resignation.

But that being said, looking at our contemporary political landscape, it would appear that all the hard work put in by the Founding Fathers’ has been in vain. I bet, the founding fathers’ are mourning their beloved Ghana in their graves. How sad?

Regrettably, we can witness how some individuals would hypocritically hide behind the ideals of the independence and patriotism and then turn around to perpetrate all sorts of unpatriotic deeds against the country they claim to cherish so much.

If those politicians aren’t heartless and unpatriotic, how come they conspired and paid dubious judgement debts to the tune of GH800 million?

If the so-called patriotic politicians are morally upright and have the wellbeing of Ghana at heart, how come they created loot and shared monies belonging to GYEEDA and SADA,which were meant to transform the lives of the needy in society?

Where was the politicians much-touted patriotism when they squandered funds meant to transform the lives of the penniless in society through dubious deals such as the Brazil World Cup, the infamous bus branding, SUBA, SSNIT among others?

Let us admit, though, there is nothing seriously wrong for anybody to claim birth right to patriotism. However, patriotism is not a mere rhetoric, for we could only evidence our patriotism through our actions and inactions. That is by showing our affection, solicitude and strong predilection towards our country in whatever we do as real patriots.

It is extremely troubling that after sixty-four years of independence, Ghana continues to lag behind the rest of the pack in respect of economic advancement.

I have always held a contrary view to those who contend somewhat spuriously that it is hackneyed and unconscionable for anyone to suggest that, although we started life with the likes of South Korea, Singapore and Malaysia, we are happy to secure loans and other assistance from them.

Let us be honest, the Founding Fathers’ of Ghana, so to speak, were true patriots whose blood and toil won for us the desired independence in 1957.

So, if you were to put me on the spot on my dispassionate and honest opinion on patriotism; I will venture to state that the Founding Fathers’ were the real patriots, who deserve every commendation for taking it upon themselves to muscle their way through for our ultimate freedom from the British.

Indeed, our Founding Fathers’ rightly sought to resist the colonisers suppression, which in my opinion, was a laudable feat by all counts.

Nevertheless, as to whether the vast majority of Ghanaians have regained their economic and fundamental freedoms and the inalienable human rights following Ghana’s independence, is a million dollar question that would be opened to different interpretations.

Ghana’s independence, I must sadly admit though, will remain meaningless, so long as we continue to elect leaders who take delight in foreign influences, guidance and control.

Dearest reader, I am afraid, it would appear that we have not weaned ourselves from the developed countries. If this is not the case, why is it that we continue to seek policy guidance from IMF? If we are self-reliant, why do we constantly carry our begging bowl round seeking alms? If we are independent minded, why do we have to import common contractors from China to build our basic infrastructures? If we were that capable and foresighted, why do we consistently import foreign football coaches?

Our leaders, regrettably, more often than not, measure their accomplishments according to the amount of loans they manage to secure from the same countries we started life with. How pathetic?

Truth be told, I do not want to be seen as a pathetic doomsayer, but in so far as we continue to elect the dreadful economic managers (like those who can drag an economic growth of 14% to a meagre 3.4%) to take charge of affairs, Ghana may not see any meaningful development in our lifetime.

So long as we continue to elect leaders that are myopic, visionless, and only count their achievements with how much loan they are able to secure, and the number of schools they are able to remove from “under trees”, Ghana may sink deeper and deeper into the mire.

Indeed, in so far as we have leaders that have no foresight, corrupt, greedy and incompetent; I dare state that Ghana may never advance meaningfully in our lifetime.

Let us remind ourselves that independence refers to self-reliance, so, if we chose to depend largely on other countries for survival, then our independence will somehow remain “meaningless”.

Take my word for it, dearest reader, this is not an endorsement of former President Mahama’s infamous greedy pigs aspersions, far from it, but I would dare stress that in similitude to George Orwell’s animal farm narrative, Ghana’s independence has largely benefited and continues to benefit only a few-the greedy and corrupt politicians and other public servants.

It is an illustrative case of “all animals are equal, but some animals are more equal than others.”

In sum, I dare state that in so far as the elites among the ‘four legs animals’ continue to exhibit existential selfishness, lack of patriotism, and revoltingly look down upon the ‘four legs downtrodden, Ghana may never develop meaningfully in our lifetime.