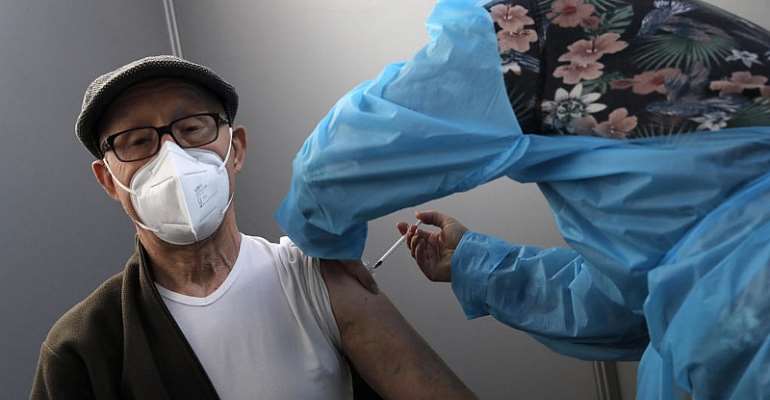 A prestigious professional body in France is concerned that not enough health workers have accepted to get vaccinated against Covid-19. In a statement issued on Saturday, they said staff had an ethical duty towards patients in their care. This comes as several cities began their weekend lockdown to curb the spread of the virus.

Getting a Covid-19 vaccination is an "ethical requirement for all health workers" according to the French Order of Doctors.

The professional body released a statement on Saturday reminding all medical staff of their duty "to set an example" in the midst of a pandemic.

More than two thirds of doctors have been vaccinated according to the organisation, but only 30 percent of health workers have received a jab.

"The protection of patients is a fundamental duty", it went on, adding that the vaccine is able to "reduce considerably the chain of transmission of the virus". All medical staff were eligible to be inoculated it said.

Prime Minister Jean Castex and health minister Olivier Véran have both made a plea for medical staff to get the jab, saying that the ratio was not high enough.

On Saturday, Véran published figures on social media after a visit to a vaccination centre.

"Everyone's on duty, doctors, firefighters, elected leaders" he wrote, "and already at 5.30pm on Saturday, 220,000 French people have been vaccinated, more than double the number from last Saturday. And we continue tomorrow!"

At the start of France's vaccination campaign, only over 75s and medical workers over 50, with pre-existing conditions were on a priority list for vaccination.

However, the government has been pushing to open the vaccination drive up to all health workers and citizens under 75.

Pharmacies will also be authorised to carry out vaccination for people over 50 as of 15 March.

It was announced on Friday that four military hospitals would be set up in different parts of the country to help with the vaccination push, which has been widely criticized as too slow compared with many other European countries.

So far 3.2 million people have received at least one dose, compared with nearly 21 million in Britain.

Castex said that the government aimed to have offered a jab to 30 million people by the summer.

Meanwhile, the Pas-de-Calais area has joined Nice and Dunkirk for a weekend lockdown.

Although Paris narrowly escaped this measure, police have warned that they will not tolerate crowds gathering in areas on the Seine river, popular for picnics and outdoor parties.

An alcohol ban has been brought in for at least three weekends.

Covid-19 has killed more than 87,000 people in France since the pandemic began.