In the cellars of Maison Ruinart, the oldest champagne house in France 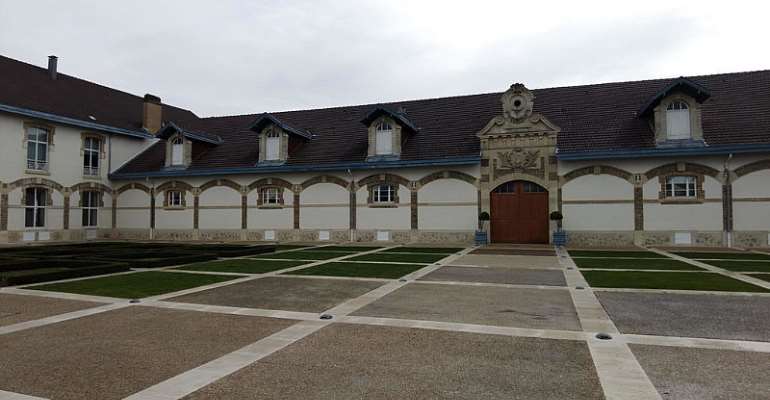 Maison Ruinart, based in the eastern French town of Reims, claims to be the oldest champagne house in the world. Shut to the public due to Covid-19 restrictions, the establishment opened its doors to RFI for an exclusive visit to its underground cellars.

Situated in the lush Champagne-Ardennes region, champagne houses are a group of century-old manors, and lie at the heart of France's champagne manufacturing.

Nicolas Ruinart, a cloth merchant who learnt the secrets of making champagne from his uncle, created the first champagne house in 1729 in the French town of Epernay.

"Champagne was born in the 18th century, during the Age of Enlightenment, at the same time as the French art de vivre", says Livoire.

According to Livoire, this was when luxurious French living started becoming synonymous with high society around the world.

"These quarries had a high level of humidity, as well as a constantly cool temperature and very little light. These are perfect conditions for wine to mature." says Livoire.

A flight of stairs leads to underground caverns forty metres below ground level.

Hundreds of thousands of champagne bottles are neatly stacked as far as the eye can see.

Re-inventing champagne tourism
The magnificient champagne manors with their cavernous wine cellars were declared a UNESCO world heritage site in 2015.

But that changed since the Covid-19 outbreak last summer.

However, Reims mayor Arnaud Robinet told RFI that only the origin of the visitors have changed

"Our American, Japanese, Brazilian and Australian friends are not coming anymore. Tourism here has become European. We now have Belgian, English and also French visitors who are coming in more and more."

Covid-19 has thus caused champagne tourism in France to be 're-invented'  - for the French.

Dilapidated Meridian Hotel is a death trap, demolish it - Te...
22 minutes ago