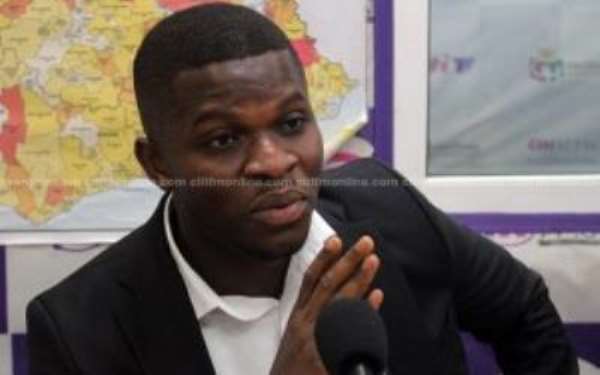 “A man should never be ashamed to own he has been in the wrong, which is but saying…..that he is wiser today than he was yesterday” -Alexander Pope

We read with utter shock and dismay the wild and unfounded allegations leveled against the leadership of our beloved National Democratic (NDC) leadership in parliament by our young and politically inexperienced National Communication officer, Mr Sammy Gyamfi.

Sammy Gyamfi acted like a drunkard coming out of his stupor when said: “The betrayal we have suffered in the hands of the Speaker of parliament Right Honorable Alban Bagbin, the leadership of our parliamentary group, particularly Honorable Haruna Iddrisu,Honorable Muntaka Mubarak and dozens of our own MPs, is what strengthens me to work hard for the great NDC to regain power” is quite baffling that a young lad and a political upstart like Sammy Gyamfi, without any experience and practical working political knowledge, would accuse the leadership of the NDC in parliament in what he described as “Black Wednesday” for reasons best known to him. Sammy Gyamfi should learn from what Dough Gwyn said: “Truth is not determined by majority vote”

We the members of Concerned Northern Brothers of the National Democratic Congress (NDC) would want to draw the attention of Sammy Gyamfi and his cohorts that these people he has shown gross disrespect and insulted them in the face, are people who rose through the rank and file of the NDC, and through determination, zeal and respect for elders of the party, they are now where they are as leaders of the party. It was not by mere chance but by dint of hard work and love for the NDC.

We want to send a very strong signal that we the members of this group within the fold of the NDC, take a very strong exception to the attitude of the National Communications officer of the Party; Sammy Gyamfi, for throwing caution to the wind, and dared to go public with an open insult and unfounded allegations against the leadership of the party.

It is trite to remind Sammy Gyamfi that the likes of Honorable Haruna Iddrisu and others, began their political career as a student leaders from the walls the University of Ghana projecting, protecting and defending the interest of our noble NDC.

It is no wonder that just after school, Honorable Haruna Iddrisu, found himself into mainstream national politics and chose the NDC above all other political parties in the country, and by playing various roles within the party, he rose through the ranks of the party to become the National Youth Organizer of the NDC and finally contesting the Tamale South constituency by taking the seat from an NPP stalwart, the late Mustapha Iddris of GETFUND fame. The least said about Honorable Muntaka Mubarak and Right Honorable Alban Bagbin the better in terms of their party contributions. How can such fine politicians betray the cause of the NDC?

Sammy Gyamfi without any sense of direction and political maturity engaged himself into ‘shadow boxing when he said: “This is the time for us to insist on the right changes in the leadership of the NDC group in parliament or forget them completely…”.

The question we pose to Sammy Gyamfi is that, does he really know what it entails to contest a parliamentary seat and win and to represent the will of constituents to the August House of Parliament?

Maybe, Sammy Gyamfi should be made to know that, wining the position of National Communications officer position with party delegates, does not come anywhere near the contest of whole a parliamentary seat in a given constituency.

It is sad to relate when Sammy Gyamfi said: “Speak up, we can and must!” And again we ask a simple question: Speak up to who? When has showing open disrespect and insult to party leadership become the norm of the NDC as a party with a very large following? And Sammy Gyamfi should learn from the sayings of Texas Guinan that: “A politician is a fellow who will lay down your life for his country”!

This is nothing but an incendiaries’ approach in dealing with intra party activities. We want to remind Sammy Gyamfi and his like minded people within the NDC that the problem confronting the NDC as a party is the making of people of his caliber who through open insult, disrespect for elders and not following laid down party structures, have succeeded in keeping the NDC in opposition since 2016.

The politics of today has very little or not at all any room for arrogance, disrespect and open insult in trying to capture political power at the local, regional and national levels. If Sammy Gyamfi was a true grassroots man this reality would have dawned on him long ago for him to have changed his amateurish strategy of open insult and disrespect for elders and patriots of the NDC.

Intra party problems of whatever nature could best be solved through the use of dialogue, mutual respect and civilized approach. But if this is how our National Communication officer is going to run around with the communication strategy of the NDC, then we can assure all and sundry that, the battle for 2024 is already dead on arrival.

In the interest of the NDC as a party, the National Executive of the party ought to have immediately ordered Sammy Gyamfi to apologize to the leadership of NDC in parliament. But what are we seeing, and does it point straight to the saying that, “silence means consent” as the adage have it?

The arrogance of Sammy Gyamfi stemmed largely from the fact that he enjoys the tacit support of some party big wigs urging him on to show open disrespect to the leadership of the NDC in parliament. And that is quite unfortunate and unacceptable. This is the time for the National Chairman of the party to seriously take up the matter now or never.

We want to make it clear to all and sundry that Honorable Haruna Iddrisu is one of the Northern politicians who have distinguished themselves across the northern half of the savannah belt of the country, and Honorable Haruna Iddrisu in particular has the greatest potentials to lead the NDC within the foreseeable future. We will therefore not relent in our collective efforts to ensure that his leadership is brought to bear on our beloved party and the country at large, and therefore any attempt whether overtly or covertly by any subtle means to tarnish his image and hard won reputation will be resisted to the hilt. For we can say without an iota of contradiction that Honorable Haruna Iddrisu as personality and a political force is unstoppable!

We can assure the leadership of our beloved party that, if pragmatic steps are not taken to get Sammy Gyamfi to render an unqualified apology to Honorable Haruna Iddrisu, the Member of Parliament for Tamale South and others, we the concerned Northern Brothers of the NDC will embark on a nationwide demonstration in order to register our displeasure at the way and manner our national communications officer has shown gross disrespect to the leadership of NDC in parliament.

The NDC as a party especially the national executives, must come out and in an unequivocal manner, to disassociate itself from the shameful act of the national communications officer of the party on his latest baseless, useless and disparaging comments against the leadership of the NDC in parliament

We the grassroots members of the NDC have had to work and toiled for the party all these years, and we have people such as Honorable Haruna Iddrisu, Honorable Muntaka Mubarak and Right Honorable Alban Bagbin, that we look up to as our source of inspiration, admiration and power, and we will never sit back and allow opportunists and self styled party patriots like Sammy Gyamfi to destroy the party that we cherish so much.

In any case, in a situation where secret ballot voting process is the norm, how can the leadership of the NDC in parliament be blamed for the actions of their colleagues who have a choice of their own to make using their own conscience and mind?

And taking a cue from what Andrew.V.Mason said: “Admit your errors before someone else exaggerates them”, and so we expect that Sammy Gyamfi, our own national communications officer will do the needful and put into practice, this wise saying and save himself from any further embarrassment.