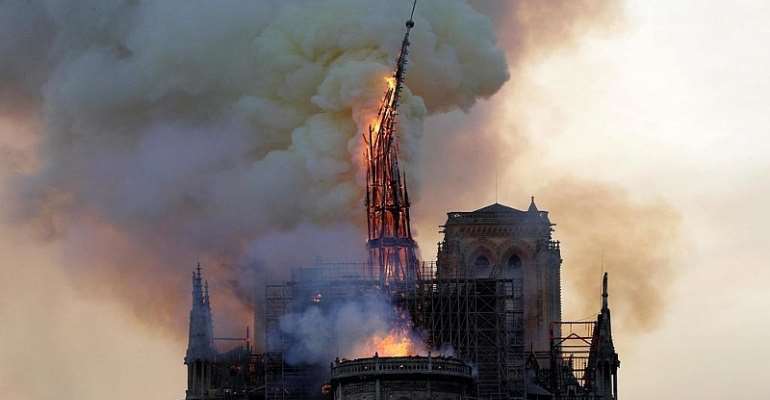 The first oak trees to be used in the reconstruction of Notre Dame cathedral in Paris have been selected from a forest west of the French capital.

A total of 1,000 oaks are due to be harvested by the end of March, and then used to rebuild the spire and roof of the cathedral, which was ravaged by fire in April 2019.

Oaks from every region of France are being used to rebuild the cherished national monument -- around half from state land and the rest from private donations.

The ministers of agriculture and culture attended a ceremony to select the official first tree, a 20-metre oak in the forest of Bercé near Le Mans, some 200 kilometres from Paris.

A project for the next ten centuries
"This is a project that concerns the whole of France," said General Jean-Louis Georgelin, who chairs the body in charge of restoring Notre-Dame.

"It will ensure the security of the cathedral for eight centuries, ten centuries."

The trees will be cut and stored for 12 to 18 months to prepare them for use in the reconstruction phase which is set to begin in autumn 2022, allowing for a planned reopening of the cathedral in April 2024.

A/R: Over 500 houses earmarked for demolition in Afigya Kwab...
18 minutes ago