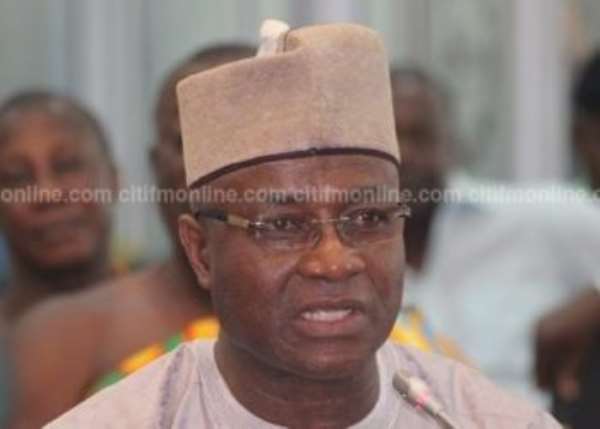 Majority Leader in Parliament Osei Kyei-Mensah-Bonsu has cautioned that the House will not entertain any breach of protocol next Tuesday, March 9, 2021, when President Nana Addo Dankwa Akufo-Addo delivers a message on the State of the Nation.

This address – the first in his second term – is expected to address plans by the government to build on its achievements in the first term, and to rally the support of Ghanaians in nation-building efforts in the second term of the Akufo-Addo-led government.

Mr. Kyei-Mensah-Bonsu, presenting the Business Statement of the House for the Week Ending, Friday, March 12, 2021, announced that “the Address by the President will take place in the tent erected at the forecourt of Parliament.”

The Majority Leader reminded the Members of the House that by its convention, they must be punctual and be in the chamber latest by 9:15 am in the forenoon.

He explained:” It may not be courteous for Members to enter or exit the Chamber after the President has entered to deliver his address.”

He added: “Mr. Speaker, the Business Committee takes this opportunity to advise Honourable Members not to enter the Chamber with their guests.”

The Majority Leader said a motion to thank the President for the Message on the State of the Nation would be moved on Wednesday, March 10, 2021, and each mover and seconder would be allotted 25 minutes, other members 10 minutes, and winding up by Leadership 30 minutes.

“The allotment of time is to ensure that as many Honorable Members as possible are availed the opportunity to contribute to the debate on Message by the President since only two days would be devoted to the debate due to the exigencies of the remainder of this Meeting,” the Leader announced.

He urged contributors to be as brief as possible and avoid repetitions.

Mr. Kyei-Mensah-Bonsu also said the Budget Statement and Economic Policy is scheduled to be presented to the House on Friday, March 12, 2021.