Forgive us, we’ll not disappoint you in the future – NDC MPs to party 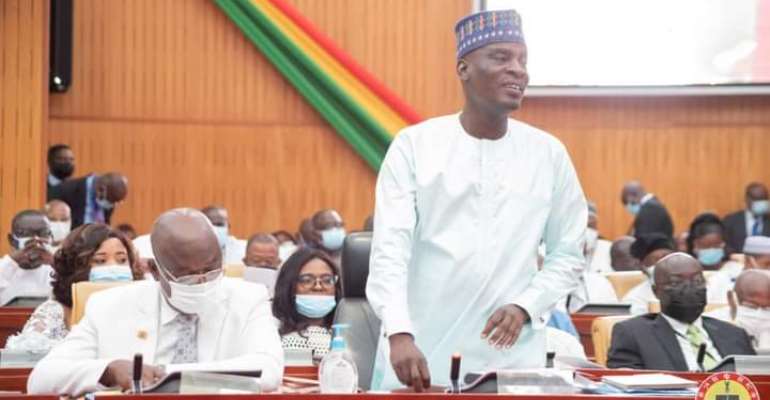 The Minority caucus in Parliament has asked for forgiveness from supporters and the grassroots of the NDC over their failure to reject some Ministers-designate who appeared before the appointments committee.

A statement signed by the Minority Leader, Haruna Iddrisu, said the disappointment by some members of the party is justified adding that the caucus will do well not to disappoint the party in the future.

The caucus has come under massive criticism following the approval of all nominees on Thursday.

The action triggered a scathing attack on the leadership of the Minority by the NDC’s National Communications officer Sammy Gyamfi who accused them of selfishness.

Reacting to the development, the Minority leader Haruna Iddrisu said in a statement that the caucus will never make money or consideration the basis of their engagement with the ruling party.

“The past few days have been the most difficult for the NDC Minority Caucus in Parliament following the approval of President Nana Addo Danquah Akufo-Addo’s nominees for ministerial appointments. Justifiably, the party’s base and grassroots are unhappy and in some instances have had cause to reject and even condemn the decision of the House to approve the three nominees that went through voting. For many, it is unimaginable how they could pass the test in the hands of the same Minority that secured them a Speaker of Parliament from an opposite Party in the Executive on the 7th January 2021,” the statement said.

It further explained: “The Leadership and entire Parliamentary caucus of the NDC wish to reiterate our commitment to the cause of the great National Democratic Congress. We expressly reaffirm our resolve to hold the Akufo-Addo government to account over the coming days, months and years for their stewardship to the Ghanaian people. This is nonnegotiable. You may be disappointed in this outcome but we will not disappoint or let you down in the future. The Caucus has never been and would never be for sale. We categorically deny all allegations of influence or favour as a consideration for the approvals in the House. It is important to note that we are parties of equal strength with; NDC 137 and NPP 137+1, how we wish we had just 140. We acted in accordance with our oath of office and in good faith and conscience. We hold dearly our founding principles of probity, accountability and social justice in our every engagement on behalf of our Party.

“The Caucus remains loyal to our base and wishes to call for restraint and calm. We ask all NDC faithful to have faith in the Caucus leadership as we navigate our path to recapturing the Presidency in 2024. The Caucus would lead the vanguard with the support of our loyal grassroots. May we always be reminded that the things which bind us as comrades far outweigh whatever may divide us”.