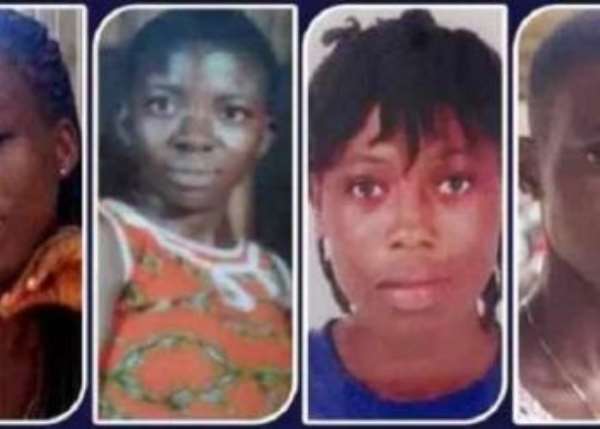 The family of Ruth Abaka, one of the four Takoradi girls who were kidnapped and later murdered has rejected the verdict in the trial of the main suspects.

According to the family, the suspects have not confessed to the murder of the girls, hence there are no grounds for the court’s ruling.

The Sekondi High Court Presided over by Justice Richard Agyei Frimpong on Friday, March 5, 2021, sentenced to death the two main suspects, Sam Udeotuk Wills and John Orji, for their involvement in the kidnapping and murder of the four girls.

But in an interview on Eyewitness News, the grandmother of Ruth Abaka, Veronica Anzah Kwabena said the family believes that she is alive.

“I am not convinced. The suspects never admitted to killing the girls, so on what grounds are they being charged with murder? Besides, we the family of Ruth have not admitted the bones presented to us as the remains of our daughter. I believe that my granddaughter is alive. We can’t just close the case by declaring the suspects guilty and sentencing them to death.”

The judgement came after a seven-member jury found them guilty on all eight counts of the charge of conspiracy to murder and murder.

Justice Agyei Frimpong however reminded the lawyers of the two convicts of their right to appeal within a 30-day window, gave the verdict after close to three hours sitting.

Ruth Abaka was 19 whilst the other victims were Priscilla Blessing Bentum, 21; Ruth Love Quayson,18 and Priscilla Koranchie, 15.

They went missing between July and December 2018.

The incident triggered a national discussion with many public protests staged especially in Takoradi to demand the return of girls and impress upon the government to act swiftly.