Redemption therapy: The NDC must be rebranded into an economic venture 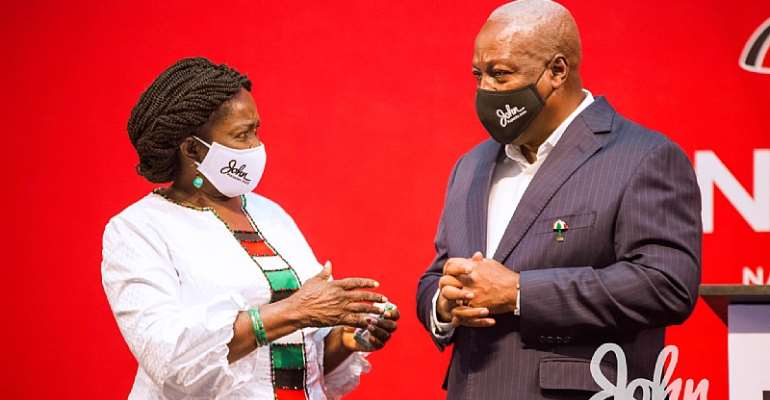 “In politics, nothing happens by accident, if it happens, you can bet it was planned that way”... Franklin D. Roosevelt

When the Soviet flag was lowered from Kremlin and replaced with the Russian flag on 25th December 1991, a day before the USSR was dissolved, the walls of extreme ideological leanings were broken. Socialism was thus supplanted by a nominally democratic capitalist system. This gave rise to the New World Order where the capitalists rule and the system work to their dictates.

Even before this new world order, ideologies have overtime attempt to reconcile the demands of ever changing society and unpredictable people. Ideological persuasions have never been espoused in a completely closed system like Euclidean geometry. So, any party that wants to survive the vague waves of this new world order must be ready to create a persuasive, attractive, and adaptable vehicle that is capable of change when society changes.

In the beginning, when Nkrumah attempted to import and sign on to that scientific socialism, his regime and party were not only collapsed, but the spirit of Pan Africanism which was hinged on the African belief of creating Africa’s own Welfare States from the leftovers of the diffused bundles of socialism, was equally scattered. Since then, Africa has remained the weakest with the poorest population. These are the scars of the so called ideological movements in Ghana and Africa at large.

As if the current NDC has not taken lessons from this history. And worse still, the NDC as a party doesn’t seem to be adaptive to the changing trends of the Ghanaian story. Her arc rival, the NPP, on the other hand, even with less support in terms of regional distribution, has managed to fit itself into the changing times. The NPP is seen to be running the show and driving the agenda for the Ghanaian people.

In contemporary times, the demands of the people of Ghana from the political class has heavily moved from the demands of public goods to the service of the stomachs of the hungry majority and filling the pockets of the few movers of the system. It is this natural transition that the NDC has refused to adapt to, hence, the current state of affairs in the party.

When the NPP took power in 2000, they labeled themselves as property owning democratic nationalists, who have come to create private wealth for the prosperity of the Ghanaian people. This they said will automatically translate into the welfare of the state. They commandeered this populist agenda for their own political motives.

As empathetic as the Ghanaian voter was, the NDC was given an opportunity again in 2009 with a slim majority though. This was the time the party needed to change it’s face and to usher the teeming supporter into a completely new orientation. The party needed to reorient its members to fit their mindset, beliefs and aspirations into the forgoing new world order which the NPP had succeeded in installing due to the changing times. Well, we had a leader who thought so much about peace and unity of the nation than the survival and development of the NDC party and it’s millions of supporters.

The NDC keep singing the praises of some utopian socialism as if that economic movement is synonymous to poverty. They keep singing this to the grassroots who in the end submit to the vague ideals of socialism of working for the state-“in the national interest” and not for oneself. Ironically, the top class in the party are socialists with capitalists taste. Why won’t there be a build of inevitable apathy?

The NDC as a party need not just an overhaul but an image redemption therapy which will see it transform from its current form of a social club into a economic venture. This is where the party can have ownership and its actors will act responsibly. The grassroots need to feel belonged, feel respected and be able to tie their toils into future prosperity.

This issue of pointing to infrastructure and public goods can only win the NDC an applause from the gallery and not power to rule. Do you know why GHC 10 to a graduate in the queue on the voting day is more important than providing a link road to his village? Well, the Ghanaian society has become visibly individualistic. Sell the road contract, share 10% of the proceeds to the people and keep the remaining 80% to yourself. That ain’t bad, because in the end you would be the hero and hailed than the one who actually constructed the road.

So my dear NDC stakeholders, please think it. Rebrand the party and shift the attention from the so called populist slogans of probity and accountability. Sublet the party to be micromanaged by specialists( ie critical thinkers, financial engineers, communication specialists, etc). The NPP in opposition had to hire KRL as an international propaganda handle to micromanage its communication. So the propaganda against John Mahama as a corrupt leader didn’t just happen, it was designed and executed. The sloganeering, the catch phrases like 1D1F, 1V1D, and the sweet talks were all designed and managed by communication specialists. That is why the NPP is able to whip all its communicators to keep telling one story; it doesn’t matter if it’s good or makes sense.

To keep moving and expecting to rule Ghana in the future, the NDC need to create or hire critical thinkers like Gabby, to design a state capture agenda, execute it without fear and achieve results without favor. Why do you think Nana Addo can do the unthinkable, yet it seems normal to him?

When an NPP appointee makes money and live questionable, flamboyant lifestyle, he’s called a smart politician, but let an NDC appointee buy “chinchinga” by the roadside, he’s called a thief. Why are NDC members afraid to own up as members especially in peri-urban and urban centres, while NPP commoners are proud to wear their shirts and or drive with their party flags in their cars even in supposed NDC strongholds? It is the orientation that socialists, so called, are supposed to be poor, humble and live in fear and denial. That is the bane of the NDC today.

We have all been victims of accusing some civil society organizations, some of the clergy men, some media houses, of their extreme biases. Upon some sober reflection, I just feel we are only blaming them without justification. A media house was set up by an NPP businessman, and you think and feel the said media house should be objective? For God sake they are into business, and until the NDC see politics as business and not a social or religious club, we will get subsumed in the our own vague orientation.

When NPP rule, they create the popular voices that they need to stabilize the system for their political end. Where they can’t create, they buy them, and where they can’t buy them, they intimidate the existing ones into perpetual submission. See this basic facts:

-they create the media, buy some and intimidate or collapse those they think operate parallel to their interest.

-they create civil society, buy some, question the credibility of those they can’t buy, and blacklist those stubborn ones.

-they woo the clergy, cajole others, intimidate and attack the rest who don’t want to behave.

-they create and buy the members of the national peace council

-they just succeeded in creating the National House of Chiefs in their last elections.

-they pack the judiciary against the empty noise

-they are ready to sell Ghana to buy their way through the legislative arm of government at anytime their interest is at stake.

-they pack and create a parallel security force.

With the above, tell me what Nana Addo and his NPP government need again in order to collapse the indigenous banks or close down radio stations or even shoot and kill innocent taxpayers. They are able to stage-manage even political dissent.

Even in advance democracies like USA and others, the system is controlled from backdoor. The business class move and shake the system while the political class get their faces scratch for the mutual benefit. Imagine the case of Awal Mohammed and many others who left the NDC and joined the NPP. Man must eat and survive. Is the NDC anti-business or we just want to keep thinking the Ghanaian will just fall for us once we appear real and somehow serious? This is politics where foul is fair and fair is foul.

Maybe the NDC is marking time in their socialist ideological prank while waiting for the realization of Karl Marx’s prediction of the revolution that will collapse the capitalist society, and the automatic transition into a classless society where the proletariat rule. If not, I can’t wrap my head around the thinking of the leadership of the NDC in the midst the glaring reality. For now rhe NPP is attractive than the NDC, because one can see his/her future and work towards it.

The NPP comes to power to create wealth for its members, the NDC on the other hand come to create a colony of angry, hungry, confused, unstable and unpredictable members. If the NPP think building Ghana is building themselves, compromise and collapse independent state institutions, why can’t the NDC copy same? If it’s evil, it should be evil for all, and if it’s good, it should be good for all. I repeat, until the NDC see politics as business and reform the party into an economic vehicle, where the grassroot members work and expect to be rewarded, the party will keep wallowing in this raging fear that the NPP is poaching and compromising it’s members.

See this reality: an NPP minister/appointee steals GHC 5m. As part of the game plan, he will share GHC1m amongst the CSOs, media, clergy and other allied bodies that usually will make the noise and shape public opinion. He will give GHC1 to the big boys in government and the party just so he will be cleared and protected when the heat comes. He will give GHC 500,000 to maintain the party and GHC 500,000 to their supporters to defend him when he’s caught. In the end he will go home with GHC 2m. On the other hand, an NDC appointee wants to steal same GHC 2m. He will target the GHC 2m while shaking, because he doesn’t want the second party man to know. When he succeeds in the end to steal the GHC 2m, not even his/her deputy will be brought in the loop, the party communicators won’t know, the media will be sidelined and only call to act when he’s caught. That is the living reality in the NDC.

Nana Addo is ruling and acting like the Prince in Nicollo Machiavelli’s assumed Prince. Leadership in Ghana today isn’t about humility, truth, peaceful and flowery speeches and analogies. If you want to know what leadership is about in contemporary Ghana, learn from Nana Addo.

I am back to my cave...shalom!