Our Caucus never been for sale, We commit to hold Akufo-Addo gov’t to account – NDC MPs assure party followers 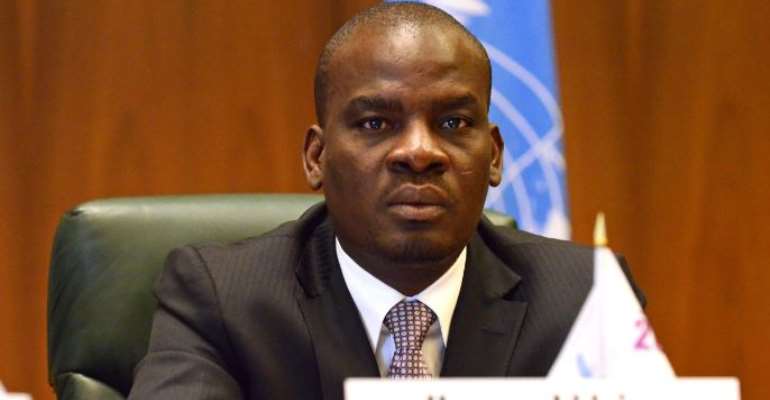 The National Democratic Congress (NDC) Caucus in Parliament is assuring party followers of their commitment to hold the government of President Nana Addo Dankwa Akufo-Addo to account.

The pledge comes on the back of disappointment from members of the party following the approval of all Ministers nominated by the President for his second term of office.

While accusations have been made against the Speaker of Parliament, Rt. Hon. Alban Bagbin and the leadership of the NDC group of being self-seeking, the NDC leadership in Parliament has released a statement to address the concerns.

The Minority Leader Haruna Iddrissu stated, “The Leadership and entire Parliamentary caucus of the NDC wishes to reiterate our commitment to the cause of the great National Democratic Congress.

“We expressly reaffirm our resolve to hold the Akufo-Addo government to account over the coming days, months, and years for their stewardship to the Ghanaian people. This is nonnegotiable,” part of a press release available to Modernghana News reads.

It continues, “You may be disappointed in this outcome but we will not disappoint or let you down in the future.

“The Caucus has never been and would never be for sale.”

According to the NDC Caucus in Parliament, they acted in accordance with their oath of office and in good faith and conscience.

While calling for calm nerves from followers, they insist that they hold dearly the founding principles of probity, accountability, and social justice in their every engagement on behalf of the NDC Party.

Find below the full press release from the NDC Caucus in Parliament: 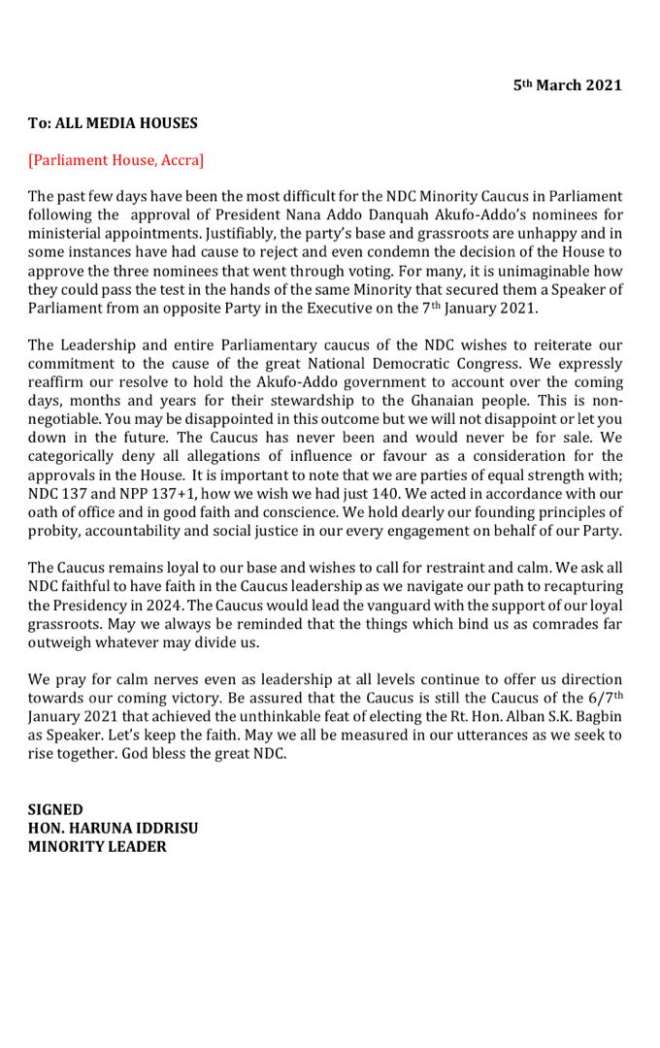