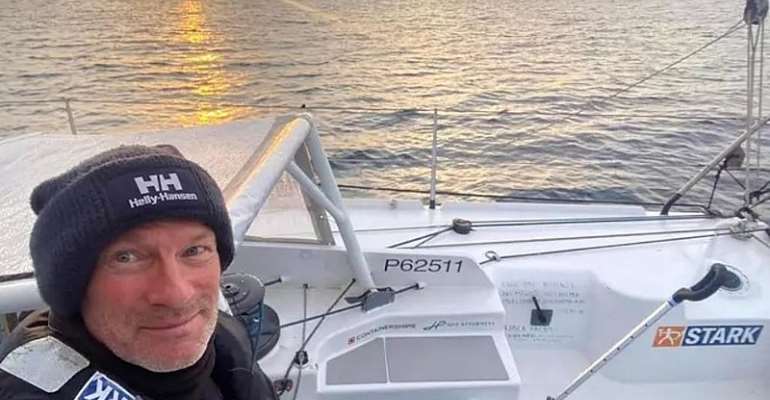 Finland's Ari Huusela crossed the line at Les Sables d'Olonne in western France on Friday to end the ninth Vendée Globe solo round-the-world yacht race, 36 days after the winner. He is the first Nordic skipper to complete the competition.

The 58-year-old Finn's vessel Stark entered the port after 116 days -- 36 days after the winner Yannick Bestaven, who clocked in after 80 days three hours, 44 minutes and 46 seconds.

And he paid tribute to fellow competitor Alex Thomson for inspiring him to pursue his passion.

"I was crying most of the last night," said Huusela as he stepped off the boat. "I have been thinking about this for so long. I am so thankful to my team without them I would not be here, and to Alex who was the first one who pushed me and helped me a lot to start the project.

"That was the 2016 Helsinki boat show and since then we have been well connected.

"To see the crowds on the channel when I came in felt really, really good,” added Huusela. “I couldn't imagine there'd be so many people cheering.

"I thought the skippers were kind of extra-terrestrials, but I've done it and I'm human, so it can be done."

During his 116 days at sea, Huusela's craft nearly capsized and it then had an electricity failure.

But the airline pilot-turned-sailer managed to repair the damage to become the first Nordic skipper to complete the challenge.

Thomson, who was forced to retire with rudder damage, praised Huusela's determination on social media.

"I am proud of my friends and the team and all the people who have followed me with encouraging messages," added Huusela.

"That has powered me up when I have had low days or low moods. These people have kept me going."