Why does your Minority Caucus Waver in Decision-Making?: An Open Letter to Hon. Haruna Iddrisu 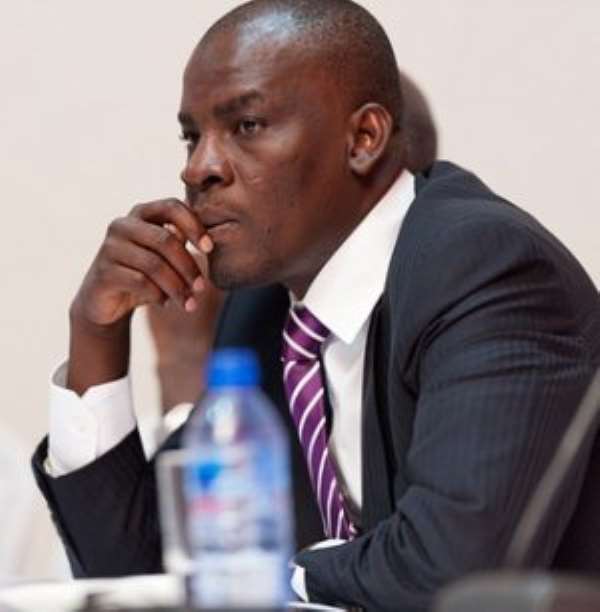 Greetings, Hon. Haruna Iddrisu. I hope you are safe. Without much ado, permit me to hone in on why I address you in the press.

Hon. Iddrisu, in a democratic dispensation like ours under the 1992 Constitution, the Minority Caucus in Parliament is one of the bodies that check on the Executive and hold that arm of Government for accountability. You Hon. Haruna Iddrisu, have been a very fantastic Majority/Minority Leader just as Hon. Alban Bagbin (as he then was) and Mr. Osei Kyei Mensah Bonsu. Your alacrity, eloquence and competence on the floor of Parliament and contributions in national discourse have drawn much admiration for you from both (NDC and NPP) sides of the political divide in this country.

However, it appears you are now leading a Minority Caucus that vacillates in decision-making. Much us we are human and we make a decision today and change it later, your Minority’s style of changing decisions creates room for raised eyebrows. The wavering style of the Minority Caucus you lead tends to give credence to the widely circulated rumour that the party in power always greases the palms of opposition MPs as a way of coaxing them to be in bed with the Executive on some issues.

I am talking about your Minority’s rejection of three of the Ministerial nominees (Hons. Kojo Oppong Nkrumah, Hawa Koomson and Afriyie Akoto). Hon. Muntaka came out from the Appointment Committee and stated clearly in the media that the Minority had rejected the nomination of those three nominees, giving the following reasons as published by myjoyonline.com.

Hon. Oppong Nkrumah: The Minority was not satisfied with the answers he gave regarding his private business (82% share in Oval Market Finance allegedly involved in suspicious 3rd party lending). The Minority said he gave untruthful answers.

Hon. Hawa Koomson: The Minority turned her appointment down because of her gun-shooting incident at a registration centre in her Constituency last year.

Hon. Afriyie Akoto: The Minority, which you Hon. Haruna Iddrisu lead grounded Hon. Akoto’s rejection on the fact that he unilaterally cancelled a horticultural contract with the Ghana Ports and Harbours Authority on January 11, 2021, without powers to do so.

Few days after this rejection notice was published in the media, the Minority Caucus made a U-turn and voted in the House in favour of the three nominees you said earlier that you had rejected. MPs are representatives of the people or they are supposed to be but the actions of your Caucus smacks of your oblivion on that representative status. Whenever you raise an issue, both your supporters and even opponents are interested. Unfortunately, you accepted the rejected nominees without coming back to tell the public as to what changed with the Oval investment of Kojo Oppong Nkrumah, the Afriyie Akoto unilateral horticultural contract cancelling and the Hawa Koomson shooting incident. What actually changed, Hon. Haruna Iddrisu? Has money changed hands as it is always rumoured?

In any event, I was personally surprised about the ground on which you rejected Hon. Oppong Nkrumah. Which of you do not have private investments or hold shares in various investments? As for Hawa Koomson, the Ghanaian public watched her vetting in dismay because she displayed significant incompetence in the sector she was nominated for. Yet you approved her as a Committee. Is the Appointment Committee of Parliament just a formality platform for vetting Ministerial nominees? Is the vetting just a kind of melodrama to entertain the public and waste resources from the public purse?

The NDC Minority Members on the Committee that vetted Justice Clemence Jackson Honyenuga did a similar rejection of the nominee on the grounds that as a Judge and a traditional ruler, he was supposed to be neutral in partisan politics yet he made comments in support of Nana Akuffo Addo’s candidature as the flagbearer of the NPP.

Justice Honyenuga defended his action by saying that he gave the speech on behalf of his Traditional Area, Nyagbo. The unanswered question is that, can chiefs hide behind their regalia and commit illegality at durbars or just say anything and justify it on the ground that they were speaking for their people?

It would be recalled that during Justice Honyenuga’s vetting, your Minority even walked out of the vetting chamber shortly because the Chairman of the Committee, Hon. Joe Osei –Owusu disallowed a question posed by Hon. Samuel Okudzeto Ablakwa of North Tongu Constituency. The Minority, however, resumed the vetting. Afterwards, the Appointment Committee unanimously approved Justice Honyenuga, with the NDC side praising him. The Minority did not come back to give reasons on the U-Turn.

Hon. Haruna Iddrisu, the sudden U-Turn of your Minority Caucus is gradually discrediting the credibility of the Minority in the face of the ogling public. It is as though you do not do due diligence before shouting wolf, wolf, wolf even when it is an ant that is passing by. Otherwise, the U-turn actions of the Minority Caucus under your leadership gives credence to the palm greasing rumour ut supra. I hope this letter finds you and I hope you ponder over it with your Members.

On that note, I wish you well.