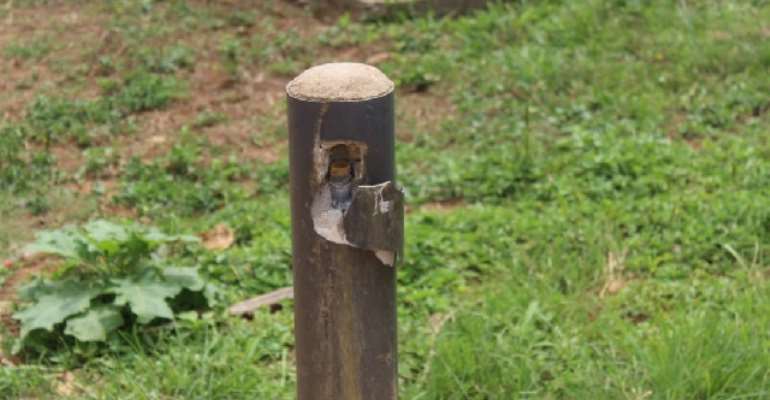 Residents of Bosuso in the Fanteakwa South District of the Eastern Region have threatened to demonstrate over the unavailability of potable water in the community.

According to the residents, they would hit the streets on Friday, 19 March 2021, to register their displeasure if nothing is done about the state of the borehole in the community.

The borehole, which serves the community’s health centre, is damaged.

It was broken by some unknown persons.

Although workers at the facility declined to speak to the media, some residents told CTV’s Kamal Ahmed that the borehole has been closed down without any reason for the past three months.

A resident, Madam Doris, called on the Assemblyman of the community to point out the fault with the borehole to enable them to support the community financially to ensure access to potable water.

She disclosed that the borehole at the health centre was their only hope after the closure of the main community borehole but that, too, has broken down.

Most people in the community, therefore, rely on sachet water for domestic use.

Another resident, Teye Evans, also noted that it has been a long wait hoping for the authorities to come to their aid, however, this has not happened and the only way to send their message across would be to stage a demonstration.

Another resident, Richard Asiedu, revealed that workers at the health facility have had to travel very far in order to fetch water.

He, in particular, had not taken his bath for three days and appealed to the authorities to fix the broken borehole to enable the health facility to have access to water.