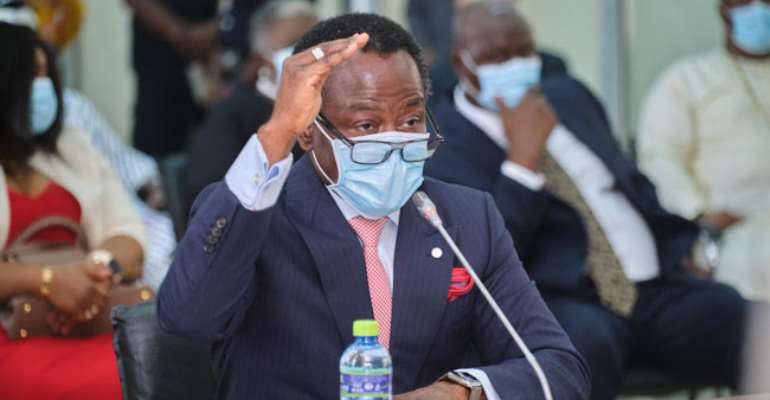 The judiciary could not have stated its case any better than the headline for this commentary as its spat with the media witnesses a closure.

The headline constitutes the words of the Chief Justice's representative, Justice Yonny Kulendi, when he spoke to the media ahead of the Presidential Election Petition judgment.

The judiciary and the media front have been engaged in an avoidable bad blood in the past fortnight, the disagreement spilling over to the pages of newspapers.

Whereas the judiciary is hurt over the sometimes outright hurling of invectives at judges by some journalists, the media is angry that the judiciary would issue gagging words to them 'for insulting judges.' The media was even asked to pull down already posted stuff on social media lest they attract sanctions, the seeming last straw that broke the camel's back.

Journalists relish their freedom and would fight tooth and nail to protect their professional freedoms.The judiciary knows too well the importance of the freedom of expression and would not do anything to thwart it, we can bet, not in the Ghanaian context.

The exchanges could have persisted beyond an acceptable level notch until the judiciary rightly stepped in with an engagement with representatives of the fourth estate of the realm.

We salute the decision of the judiciary to set up the peace-making forum, which as it were, has allowed both sides to talk to each other.

Both have critical roles to play in our democracy and ensuring good governance.

As the principal bastion of democracy and the driving force in the administration of the justice system, the role of the judiciary is onerous and unique. It is for this reason that judges should be spared unfounded and baseless accusations from both journalists and politicians.

In the wake of the election petition hearing and even before it, the judiciary has been at the receiving end of verbal charges by a section of the media and lawyers/politicians.

Hardly able to respond in the media, most of these baseless accusations have gone unanswered although these have been in some instances directed at their persons and not their judgments.

The judgments of the courts are not beyond reproach not however, their persons. Like other members of society, they should especially be spared the vitriolic and harsh language which can impact negatively on the sanctity the judiciary needs to deliver on its mandate.

A judicial system which loses public confidence begets a failed state in the long run.

Both the judiciary and the media must work in tandem; a reality as exhibited especially during the just ended election petition hearing.

The hearing has ended and the role of media continues with the mirroring of the judgment in a manner that can be digested by the public. That is no mean assignment if the public must comprehend the hearings and rather challenging language used to convey the verdict of the learned members of the apex court.

The hubris exuded by some media persons and the unprofessionalism they exhibited in the discharge of their rather delicate assignments leaves much to be desired.

Unfortunately, some media persons regard themselves as untouchables and therefore above the law.

When they are reprehended for breaches, such persons cry foul and use their media to organise campaigns of mischief against those they see as the originators of their woes.

As humans and not angels we are fallible, judges and journalists.

Learning to live and living amicably according to the laws of decency and civility and above all with the fear of God is the way to go.