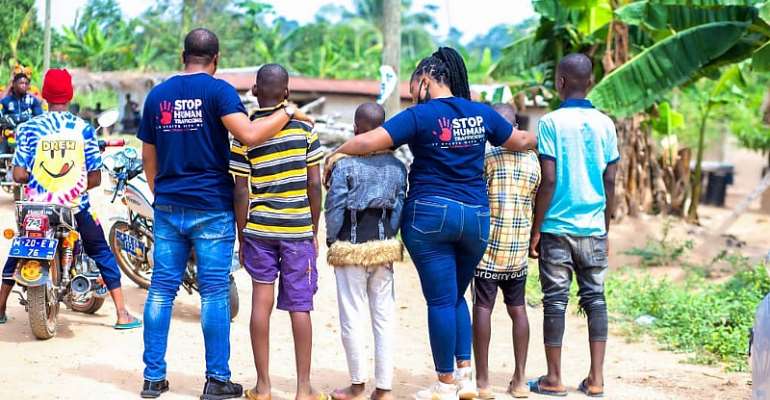 End Modern Slavery of Engage Now Africa (ENA), an international non-governmental organization which seeks to prevent and combat human trafficking and ending poverty in Ethiopia, Namibia, Sierra Leone, Uganda and Ghana in collaboration with the Ghana Police Service and Department of Social Welfare in Koforidua, has rescued four boys who were trafficked from Afram Plains in the Eastern Region to Agona Swedru in the Central Region.

Mr. Afasi Komla, the Director of Operations of End Modern Slavery told the media that a good samaritan on board in the same vehicle transporting the victims called their hotline and reported the case to them which they acted on leading to the rescue of the boys.

He added that the trafficker was apprehended on the spot by the Police, and was subsequently granted bail.

He said the four boys have been reunified with their respective families.

Mr. Afasi Komla believes that slavery is closer than anyone can think of and thus urged everyone to do something to end modern slavery by creating awareness and joining the fight against the crime.

End Modern Slavery on that same day donated a cash offer to the Baptist Orphanage in Koforidua.

She said it is not illegal for children under 18 years to help their parents in their spare time, because this may have a positive impact on their personal development.

She added that according to the International Labour Child, Labour is referred to as a work that deprives children of their opportunity to attend school, potentials, dignity physical and mental development.

She emphasised the need for society to stand up and help fight against child labour, child trafficking and other modern slavery-related issues.