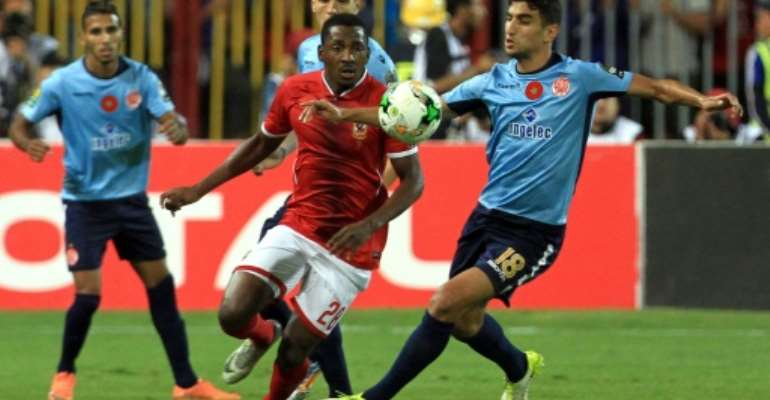 Nigerian forward Junior Ajayi (C) is one of the foreign stars in the Al Ahly squad. By (AFP/File)

Record nine-time CAF Champions League winners Al Ahly of Egypt face unexpectedly early pressure in the 2020-2021 campaign when they host V Club from the Democratic Republic of Congo this weekend.

An away loss to surprise Group A pacesetters Simba of Tanzania has left the Cairo Red Devils third in the standings, two rounds into the mini-league phase of the marquee African club competition.

Ahly trailed before snatching a stoppage-time win through a goal from Nigerian Junior Ajayi, one of five non-Egyptian Africans Mosimane considers for selection.

"The only positive was bringing Mosimane and his players to their senses after the euphoria of finishing third at the Club World Cup."

While Ahly host unpredictable V Club, Simba are away to Al Merrikh, a Sudanese side that have suffered successive three-goal hidings. 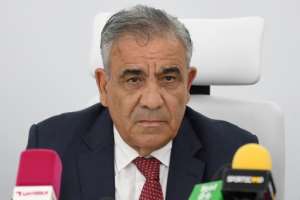 Wydad have been among the top Champions League performers in recent campaigns -- winning the competition, finishing runners-up, and being semi-finalists twice in the past five seasons.

Wydad will be expected win at home to second-place Horoya of Guinea, while strugglers Kaizer Chiefs of South Africa and Petro Atletico of Angola battle in Soweto, seeking maximum points to remain in the hunt for qualification.

Sundowns coach Manqoba Mngqithi has cautioned against over confidence as they prepare to meet off-form five-time champions TP Mazembe in DR Congo.

Themba Zwane bagged a brace as the Pretoria outfit trounced CR Belouizdad 5-1 last weekend, but the Algerians played 87 minutes a man short after Chouaib Keddad was sent off.

"We were assisted by the early red card, yet did not stamp our authority on the match until the second half. Our initial lackadaisical approach must not recur against Mazembe."

CAF fixtures do not come much bigger than Esperance of Tunisia against Zamalek of Egypt, who have won the Champions League nine times between them.

Frontrunners Esperance have home advantage and a two-point lead over Zamalek, who have failed to score in stalemates with Mouloudia Alger of Algeria and debutants Teungueth of Senegal.

Although the Tunisians have netted six times in four qualifying and group outings, no individual has managed more than one goal, which must concern two-time Champions League-winning coach Moine Chaabani.