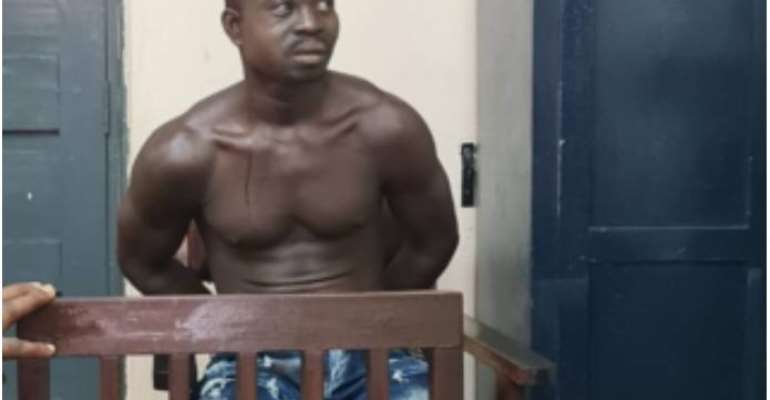 Prince Adu aka Dracula, a notorious armed robber, who was jailed to a cumulative years of 63 by a Ho Circuit Court for three robbery offences, has his jail term increased to 90 years.

This was after the court sentenced him to an additional 27 years in hard labour for similar offence.

Mr Adu who pleaded guilty to the charge would have his new sentence run concurrently with the earlier convictions.

Narrating the fact to the court presided over by Felix Datsomor, Chief Inspector Stephen Atidzon said the complainant (name withheld) is a trader and resident of New Housing, a suburb of Ho.

He said the complainant who was returning to her house from Ho Barracks New town stopped a motorcycle, which had the convict and his accomplice, a juvenile, now committed in a borstal home on board on May 29, last year, at about 10 pm.

The prosecution said the convict after hearing where the destination of the victim was, asked her to get on board, telling her that he and his accomplice would be alighting soon.

Chief Inspector Atidzon said on reaching Donorkordzi cemetery, the complainant opted to alight, seeing that the vehicle was heading into the bush.

The prosecution said the convict also alighted immediately with the complainant and snatched her purse containing an amount of ¢100 and her itel mobile phone valued at ¢500.

He said the juvenile then removed a two edged sharp machete from his bag and gave it to the convict and they started assaulting the complainant.

The prosecution said the rider then tried to intervene and pleaded on behalf of the victim but the convict ordered him to move away from the scene immediately, which he did, leaving the victim behind.

Chief Inspector Atidzon said the victim in an attempt to protect herself against the assault held the edge of the machete, and the convict pulled it, resulting in a deep cut in her palm.

The prosecution said the convict then ordered the victim to remove her dress and he forcibly had sex with her after which he asked the victim to give him additional money.

He said the convict after having sexual intercourse with the complainant, ordered her to sit on one of the tombs whilst they leave, threatening to kill her if she disobeyed the order.

Prosecution said after the convict and his accomplice left, the victim quickly ran to Godokpui Police checkpoint and reported the incident to the Police on duty and they also informed the patrol team.

The juvenile was arrested on a motorcycle but the convict managed to escape, the prosecution said.

The prosecution said on February 18, this year, the convict was arrested in a different case and was re-arrested on February 27, and pleaded guilty to the offence in his investigation statement, hence the stiffer punishment.