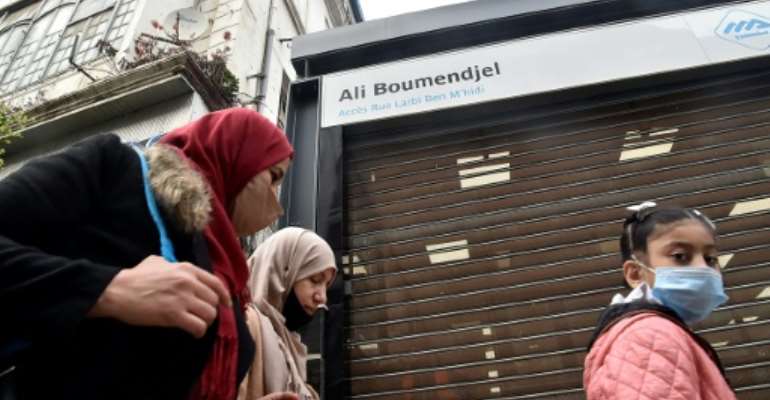 Boumendjel is commemorated as a national hero in Algeria, with a metro station in the capital named after him. By RYAD KRAMDI (AFP)

Algeria on Thursday welcomed France's admission for the first time that its soldiers tortured and murdered a key figure in the country's independence struggle, then covered it up.

"Algeria notes with satisfaction the announcement by French President Emmanuel Macron of his decision to honour the fighter and martyr Ali Boumendjel," state television said, quoting an official statement.

Macron met four of Boumendjel's grandchildren earlier this week and admitted "in the name of France" that the lawyer had been detained, tortured and killed in Algiers on March 23, 1957.

French authorities had previously claimed that he had committed suicide while in detention -- a lie his widow campaigned against until her death in August last year.

Macron's move to recognise his killing "comes in the framework of good intentions and a genuine desire to strengthen dialogue between Algeria and France regarding the colonial period," said an official statement, read out on Algeria's public TV station A3 on Thursday.

"Through such an initiative, Algeria and France can move forward, build stable and peaceful relations, genuine reconciliation and many forms of cooperation," it said.

It also added that such moves "in no way imply the erasing of a painful history that has left lasting scars on the body of Algeria".

As the first French president to be born in the post-colonial era, Macron has made several unprecedented steps to face up to France's brutal fight to retain control of its north African colony, which won independence in 1962.

In 2018, he admitted that France had created a "system" that facilitated torture during the war, and acknowledged that French mathematician Maurice Audin, a Communist pro-independence activist, was also murdered in Algiers.

In July last year, he tasked French historian Benjamin Stora with assessing how France has dealt with its colonial legacy. 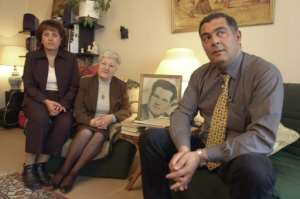 Algerian lawyer Ali Boumendjel's family had long sought recognition that he had been murdered during the French occupation. By Eric Feferberg (AFP/File)

Stora's report in January made a series of recommendations, including acknowledging the murder of Boumendjel and creating a "memory and truth commission" that would hear testimony from people who suffered during the war.

It did not suggest a formal state apology, however.

The Algerian press largely welcomed Macron's move to recognise that Boumendjel was murdered.

Francophone daily El-Watan called it "a small step in the right direction", while Arabic-language Echorouk said it marked "a turning point in national memory".

But for many Algerians, such moves are too little, too late.

"France must recognise that it committed crimes against humanity in Algeria, innumerable crimes against Algerians," said lawyer and rights activist Mustapha Bouchachi.

As Algeria prepares to mark the 60th anniversary of the end of its war of independence next year, Macron has said there would be "no repentance nor apologies" but rather "symbolic acts" aimed at promoting reconciliation.

A/R: Over 500 houses earmarked for demolition in Afigya Kwab...
49 minutes ago