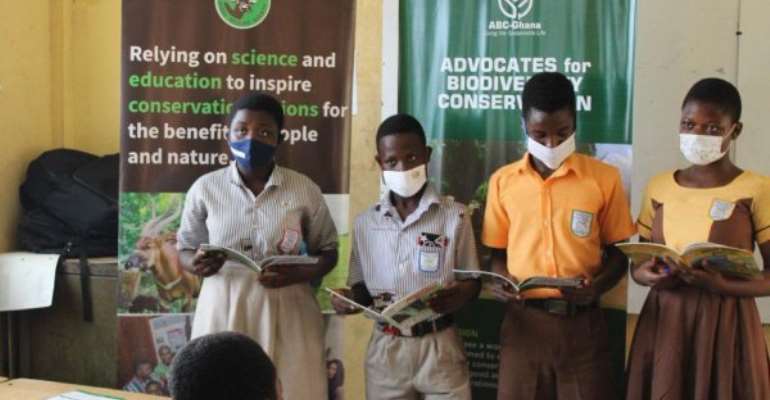 The growing demand for game for meat and traditional medicines, especially in urban areas, is increasing humans' exposure to zoonotic diseases and hunting pressure in forests.

Among the zoonotic diseases are the COVID-19, Ebola, intestinal illness acquired from reptiles and bartonella henselae (cat scratch disease) which is a bacterial infection spread through cat bites or scratches.

Ms Louisa Kabobah, Project and Conservation Education Officer, Ghana Wildlife Society (GWS), who said this in an interview with the Ghana News Agency, explained that wild meat was an essential source of food for millions of indigenous and rural people, accounting for more than 50 per cent of protein intake in many tropical and subtropical regions.

However, she said recent studies estimated that 285 mammal species were threatened with extinction due to hunting for game, which needed an urgent call to protect and conserve the remaining wildlife the nation had.

She made the pronouncement on Wednesday when the GWS and Ghana joined the rest of the world to mark the 2020 'World Wildlife Day' in Accra on the theme: “Forests and livelihoods: Sustaining People and Planet".

The Day which is commemorated every 3rd March is used to observe the signing of the Convention on International Trade in Endangered Species of Wild Fauna and Flora (CITES) in 1973.

The day was commemorated with activities such as Education and awareness campaigns in basic schools on the need to protect wildlife, donation of wildlife storybooks to schools, and media (traditional and social) outreach campaigns.

Ms Kabobah said the objectives were to highlight the immense social and economic value of forests for humans, particularly for indigenous and local communities in Ghana.

There is a relationship between humans and forests; however there are repercussions of upsetting the fine balance.

She explained that forests were home to about 85 percent of life on land - both animal and plant species and at least, one billion people relied directly on forests for their most basic needs including food, shelter, energy and medicines.

“We all agree that the past 12 months were a wake-up call to rethink our relationship with nature as about 70 percent of emerging infectious diseases, and almost all recent pandemics including COVID-19 and Ebola, have originated in livestock and wildlife.

“Our forests have traditionally served as a natural barrier to disease transmission between animals and humans, but as we increasingly encroach on wildlife habitats for agriculture and other illegal wildlife capture, the risk of diseases spilling over from wild animals to people rises exponentially,” Mrs Kabobah emphasised.

On the current state of forests and wildlife in Ghana, she quoted (Acheampong et al., 2019)an academic article, saying deforestation and other illegal activities such as mining (galamsey),chainsaw operations, agricultural expansion and bush burning had degraded about 85 percent of Ghana's Guinea Forest Region.

Despite the government's efforts to maintain and protect Ghana's forest reserves, deforestation continued, she added.

“On this World Wildlife Day, let's remember that in order to sustain people and the planet, we must say no to the consumption of threatened species and save forests by going digital with our bills, transactions and books to save paper.

“When we protect wild species, forests and landscapes, we are ensuring a sustainable future for us all and by protecting nature, we protect ourselves. And remember, without forests, we won't be here,” Ms Kabobah advised.