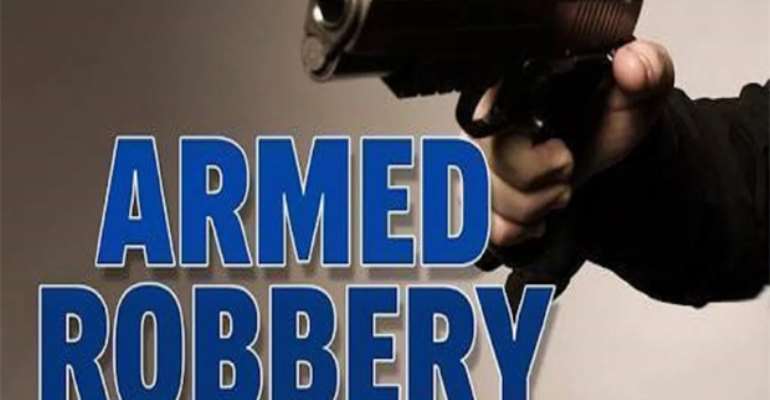 In the past few weeks, armed robbers have heightened their operations, killing their victims and embarrassing the law enforcement system.

The foregoing is a countrywide trend which demands a new policing approach to reverse.

The Baatsona daylight robbery of a bullion van and the Kumasi one in which a young boy was involved is not a pleasant story about the crime management in the country.

Law enforcement is doing its best to ensure that the robbers do not have their way but the task is becoming too difficult to handle.

We do not wish for the trend to persist but should that be the case the security apparatus will have no option but to take another look at the crime management template under the circumstances.

The impunity with which the crimes are committed makes it even more imperative that something is done to reverse it.

Ghanaians must bear with new arrangements to tackle the rising rate of crime should these be considered.

Garrulous persons would as usual complain about inconveniences on highways and on city streets during snap checks by cops and other measures which could be introduced.

There are only a few checkpoints in our cities and highways these days. While we appreciate the need to ensure free-flow of traffic on our highways and streets in the cities, the importance of security should also not be ignored.

If the return of snap checks and other security arrangements would halt the rampaging armed robbers, so be it, the inconveniences notwithstanding.

The armed robbers in the country can be subdued and easily too, provided the appropriate template for achieving that goal is adopted.

What has happened to the joint police/military patrols? Many codenames have come and gone, all of them though aimed at reducing crime rate to the barest minimum.

Even more worrying are the sophisticated firearms at the disposal of the criminals. So confident are the criminals sometimes that they engage police patrols in firefights.

The joint police/military patrols are costly but if they would deal the criminals the desired killer blow and ensure the safety of lives and property why not?

Ghanaians should take interest in their security by acknowledging the fact that this is a shared task.

Criminals live among us in the communities. In some cases, residents are able to determine who the criminals are. Unfortunately, many won't report suspicious persons to the law enforcement system for the necessary actions to be taken.

We wish to reiterate the point once more that the police need to up their intelligence gathering machinery to stay a step ahead of the criminals.

The highways on which the criminals operate should be identified and swarmed with armed police officers and soldiers.

It is embarrassing when a picture of armed robbers overwhelming the police teases us.