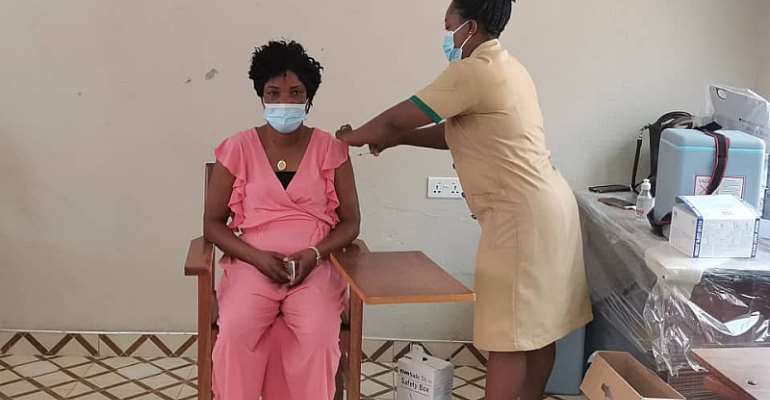 The Obuasi East District Chief Executive, Honorable Faustina Amissah has taken the first dose of the AstraZeneca vaccine to set the stage for mass vaccination against COVID-19 in the District.

The DCE received jabs of the vaccine in the presence of Heads of Department, Personnel of the Security Service, Chiefs, and the media to mark the commencement of the vaccination exercise in the District.

Speaking with the Media after taking the first shot, the DCE encouraged the general public especially those who fall into the category as a high-risk group to take part in the exercise.

She said, "the processes have been smooth, no pain and no irritation so I encouraged those who qualified to go for their vaccines".

She spoke about efforts put in by the Assembly to intensify education on Vaccines using all the media platforms at their disposal. Again, she said the Assembly has sensitised Assembly members about the exercise to enable them to educate their electorates on the essence of the vaccination exercise.

Hon. Amissah again revealed that 7000 vaccines have been allocated to the District with five (5) teams to be deployed for the exercise. The teams, she said, will be stationed at the AGA Health Foundation, SDA Hospital, Todah Hospital, Bryant Mission and a Mobile team to be dispatched to CHPS compounds and the remote areas in the District.

The District Coordinating Director Mr. Eric Aboagye Mensah also spoke to the media after vaccinating. He allayed the fears and pessimism on the part of a section of the general public towards the exercise. He said " let us all go out in our numbers and vaccinate to protect ourselves against the disease".

Madam Delphine Gborgblorvor, the District Health Director seized the opportunity to demystify the conspiracy theories generated towards the Vaccination exercise.

She said vaccinating against the disease is to complement the existing Covid-19 safety protocols. She also advised the general public to come out in their numbers and take part in the exercise. 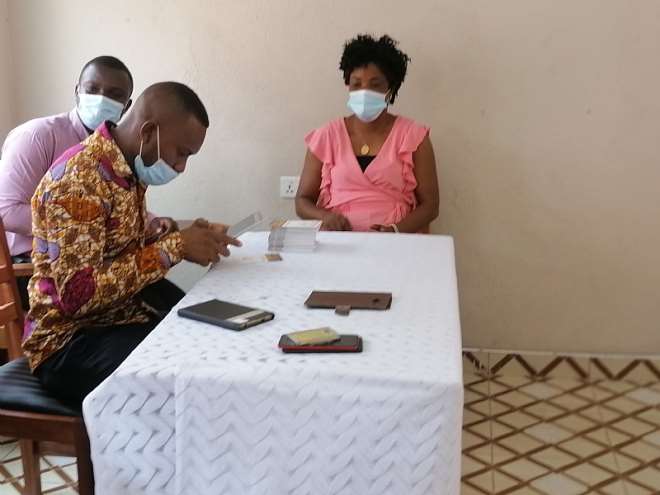 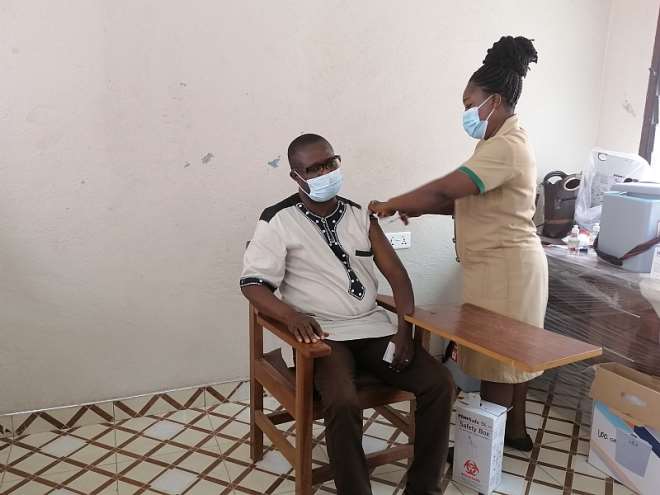 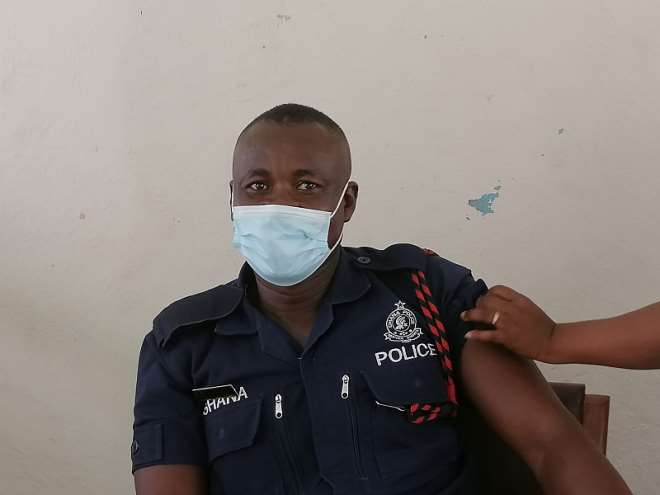 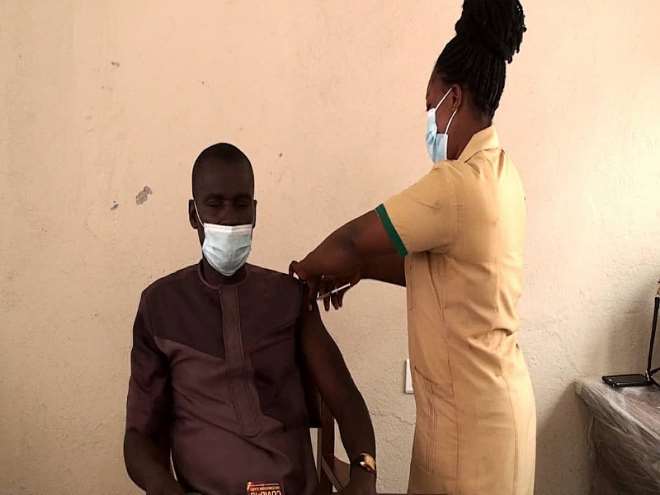