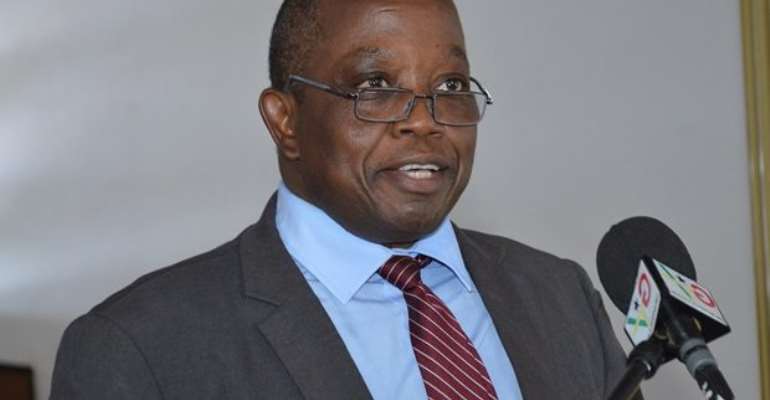 The events point to “corruption-loving” behaviours which should be discouraged by all corruption-fighting people. There are systems in place in determining the retirement ages of people in the Public Service. Are these systems not functioning anymore, to warrant the Audit Service to dig for his real date of birth in order to push him out of his office? It appears there is a powerful force pushing for this intrusion.

Issues regarding his date of birth cannot be the basis for such acts. Many people are calling for an increase in the age of retirement of public servants. The Constitution even makes provisions for allowing people to be in the office, where there is exigency for the services of the person (s), beyond their retirement ages. So, does the Audit Service not realise the value in keeping the Auditor-General? The Auditor-General, in the opinion of many, is one of the toughest and strong persons to fight corruption or lead an institution to fight corruption in Ghana.

People beyond the compulsory retirement age can be allowed to function in their capacities if there is the necessity for the services of these individuals. Article 199 (4), as amended, indicates that “notwithstanding clause (1) of this article, a public officer who has retired from the public service after attaining the age of sixty years may, where the exigencies of the service require, be engaged for a limited period of not more than two years at a time but not exceeding five years in all and upon such other terms and conditions as the appointing authority shall determine”.

The Auditor-General has performed critical value-for-money audits which saved the state some money. His role towards the fight against corruption in the years he led the office of the Auditor-General has been phenomenal. The decision of the Audit Service Board to discover his nationality and retirement age is very surprising at this time of our need for strong men to build institutions in order to lead a proper fight against corruption.

Months ago, the Special Prosecutor complained about interferences which lead to his resignation. In fact, Mr Martin Amidu stated publicly that the President “had laboured under the mistaken belief that he (Martin Amidu) could hold the Office of the Special Prosecutor as the poodle of the President” (emphasis mine). The current happenings give a productive ground for the rumours regarding the President hounding the Auditor-General out of his office to be authenticated.

There should be an intervention from the President, to resolve this issue, as he (the President) had wished for developing a clean government or had wished to cleanse the government of corruption. Yet there is no hope from the Presidency as the past events do not point to a possible collaboration. With the Special Prosecutor leaving the corruption fight scene badly, there should not be a repetition of such an action, by allowing this rancor to get to grosteque proportions.