One shot of the two-dose Covid vaccine can prevent serious illness, death 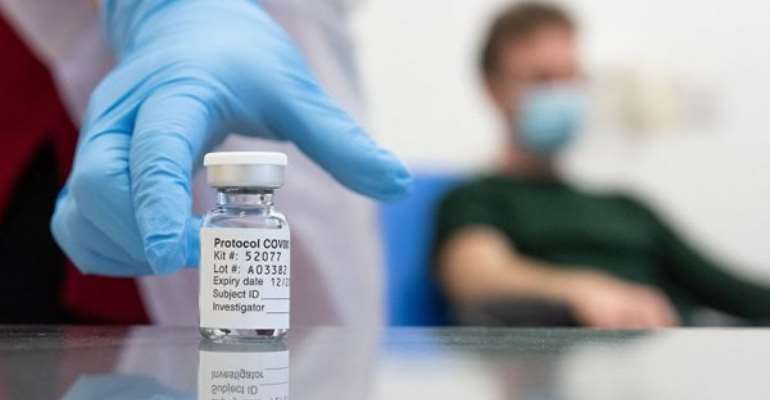 In a pinch, a single shot certainly helps. A first look at the potential effect of stretching limited COVID-19 vaccine supplies has found that just one dose of the Pfizer-BioNTech vaccine was 60% to 70% effective at preventing symptomatic disease in people age 70 and older.

That protection started 10 to 13 days after receiving the shot and lasted for more than six weeks, according to a preliminary report released Tuesday by Public Health England.

The study allowed the health service to gauge the effects of the country's unorthodox vaccination strategy. Faced with limited doses, surging infection rates and a new strain that was spreading about 56% more readily than its predecessors, British officials opted to immunize larger numbers of people with a first dose rather than maintain strict adherence to the set schedule of giving first and second doses three weeks apart.

Researchers from Public Health England, which advises the United Kingdom's National Health Service, tracked roughly 157,000 Britons 70 and over who were tested for COVID-19 between Dec. 9 and February 19. Their vaccination status and health outcomes were compared at different intervals to determine how protective vaccine was and when those effects became apparent.

The study authors found that a month after Brits 80 and over got a first dose of the Pfizer-BioNTech vaccine, they were 43% less likely to be admitted to the hospital with COVID-19 than their unvaccinated peers. They were also 51% less likely to die of the disease.

In cases where people over 70 received a second dose of the vaccine, the risk of developing any type of COVID-19 symptoms was reduced by 85% to 90% — a level of protection in line with that seen in clinical trials. That benefit was apparent even if the time between the first dose and second was more than the three weeks originally planned.

There was more good news. The study found that these effects were undiminished by the widespread presence of the United Kingdom's more transmissible coronavirus strain, dubbed B.1.1.7 by scientists.

Finally, the encouraging results were all seen in Britons over the age of 80. This group — which got first dibs on vaccine in the U.K. and was there therefore first to be studied — has been particularly vulnerable over the course of the pandemic. Their robust response to inoculation was also heartening because people of this age do not always mount an effective response to vaccines, experts noted.

The new research gives the British government greater confidence that there were few risks, and potentially many benefits, to allowing more than three weeks to elapse between the administration of first and second doses of the Pfizer vaccine.

"The fact that the vaccine appears to be preventing symptomatic disease, including with the new variant of concern, is encouraging," the study authors wrote. "This is likely to have a significant impact on case detections and severe outcomes at a population level."

In early December, just as the first vaccine was going into Britons' arms, the discovery of the B.1.1.7 variant set off alarm bells and prompted British Prime Minister Boris Johnson to announce a shake-up in the country's vaccination strategy.

That change prompted skepticism from experts in the United States, including Dr. Anthony Fauci, President Joe Biden's top advisor on infectious diseases. And as recently as this weekend, the CDC's vaccine advisory panel reiterated its preference to keep to the schedules tested in clinical trials.

"We don't have sufficient data to delay second doses beyond what's currently recommended," said Dr. Grace Lee of Stanford University, a member of the CDC's Advisory Committee on Immunization Practices.

The findings may prompt American experts to shift their views, especially since the CDC expects the U.K. strain to become dominant here sometime this month. The Pfizer-BioNTech vaccine and a similar one made by Moderna are two of the three COVID-19 shots now authorized for emergency use in the U.S.

The British study also provides a glimpse of Britons' early response to a two-dose COVID-19 vaccine not yet available in the United States, but due to be considered for emergency use soon.

In people 70 and older, the vaccine produced by AstraZeneca began to reduce the risk of COVID-19 two to three weeks after a first dose was administered. After 35 days, a single shot was 73% effective, on average, at protecting them from developing any symptoms of COVID-19.

In keeping people out of the hospital with COVID-19, a single shot's efficacy was estimated to be 80%.

The AstraZeneca vaccine's single-dose protection thus appears to be on a par with that of the Pfizer-BioNTech vaccine. But because Pfizer's vaccine rolled out in Britain several weeks earlier than AstraZeneca's, the British researchers were able to track the effectiveness of Pfizer's vaccine for longer — and to consider outcomes that take longer to occur, such as death.

But early evidence suggests the AstraZeneca results could be good. The researchers said the vaccine's efficacy was still rising when they cut off their data analysis. But they also cautioned that they had less data available to make a judgment about how long a single shot's protection would last.

"This study provides early evidence that the vaccine is having a significant effect on COVID-19 cases in England," the authors wrote. "We see a clear effect of the first dose of vaccine, supporting the decision to maximize the number of individuals vaccinated with a single dose."