Rob Quizzes… Can You Please Put A Lasting End To The Resurgent LGBTQI+ Hissy Fit? 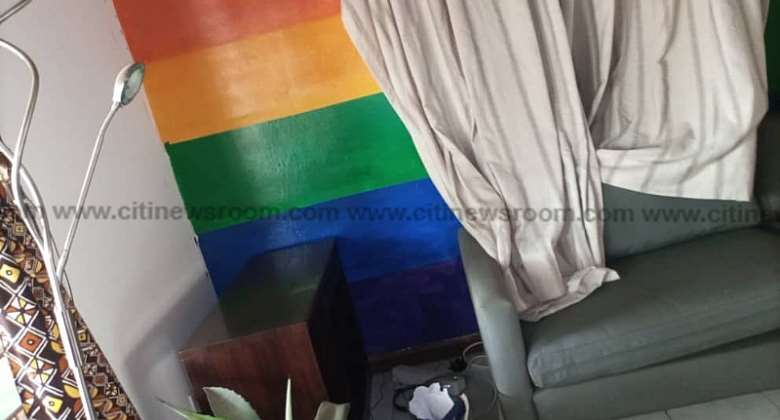 In the past few weeks, the struggle for legal recognition of the LGBTQI+ has resurfaced in the Ghanaian public discourse. This follows the commissioning and subsequent opening of an official LGBTQI+ office in Ghana.

I have listened to revered scholars and professors make the point that the hue, cry and hoots from the Ghanaian religious and general public, directed at the LGBTQI fanatics, represents a case of the majority tyrannizing the minority.

Secondly, many people have called for a bold and public declaration from Ghana’s president relative to his stance on the LGBTQI issue; which he has somehow done. My view is that, a declaration will always be a mere declaration. I believe it is time for Ghanaians to demand something better and lasting from our political leaders but not the usual rhetoric. A bold governmental decision is the way forward to boldly tackling this abnormal condition among a portion of our populace.

Many Ghanaians; laymen and even lawyers have sought to hide behind section 104(unnatural carnal knowledge) of the Criminal code of Ghana 1960, to make a point on the illegality of the LGBTQI practice in Ghana. How can we base on a law, which has a deep lacuna to criminalize an act which we claim to abhor in our jurisdiction? The constitutional review commission set up in 2010, also stated clearly in its report that the law on unnatural carnal knowledge is one-sided and needed an amendment.

The way forward is to put pressure on our political leaders to expand the scope of section 104 to include all aspects of LGBTIQ+ activities in order to clear the lacuna and remove all forms of ambiguity relative to the application of the law.

This is the only way to put an eternal silence on the recurrent agitations and advocacy for the legalization of LGBTQI activities in Ghana. I know it may cost us foreign aids, assistance and financial support but this is the right time to make our political leaders back their political talks with actions, relative to the LGBTQI issue.

As a Christian, I do not and will never support the LGBTQI activity in Ghana or anywhere in the world. However, I believe the act of suspecting persons just by their physical looks, classifying them as LGBTQI members and discriminating or lynching them will be barbaric and totally out of place. I strongly believe that the LGBTQI members really need something more than beatings or arrests. Christianity and Islam especially haveA a great role to play in using God’s word to recode the minds of such people in order to correct such abnormalities.

LGBTQI is an abnormality and absurdity. Nobody can claim to have been born to be LGBTQI. Let us, therefore, play our roles as citizens, religious groups, political leaders to correct such abnormality and disorderliness and allow God to take his judgment seat and place.

More Opinion
ModernGhana Links
Self-determination crises: Is it time African countries renegotiated their nationhood?
How countries can contribute to ocean governance in Africa
“Where Are The Projects?” “Seeing Is Believing”
Myanmar And Bangladesh Can Benefit From Strengthening Trade And Connectivity Ties
Prepare For More Hardship In 2022 -Ghanaians Told
Power Distance And The Entitlement Mindset: The Case Of The Ghanaian Elites
Insecurity, Not Omicron Covid Variant Is Our Problem In Nigeria
Welcome budget rejection with happiness
NPP MPs Recretly Collapsed "Agyenkwa Budget"
TOP STORIES