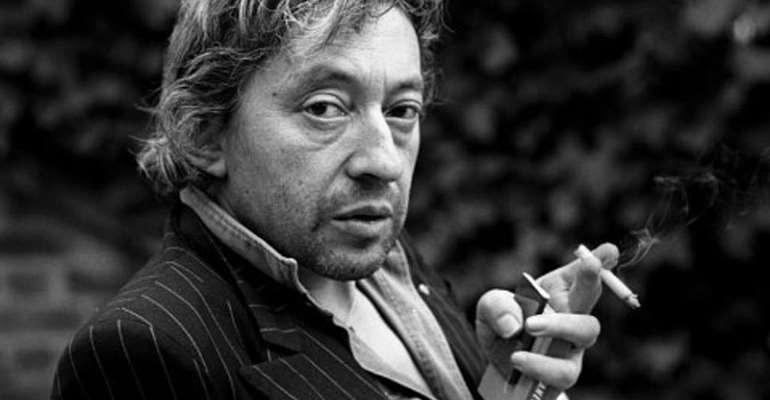 French singer-songwriter Serge Gainsbourg was undeniably one of this country's great wordsmiths and melodists. But his taste for provocation, playing with incest and misogyny through his music, could have made him a ready target to get cancelled in the era of #MeToo and #MeTooInceste. Thirty years after his death, not only has this not happened, he is more popular than ever.

When Gainsbourg died aged 62 on 2 March 1991, then-president François Mitterrand praised his mastery of language and described him as “our Baudelaire, our Apollinaire… he elevated song to the level of art”.

Few could deny Gainsbourg's musical genius. Classical music aficionados recognise the influence of Chopin, Dvorak, Brahms and Beethoven on his work. He was equally at ease with jazz, pop, rock, even reggae.  He excelled at word play, sometimes of a sexual nature.

One of his earliest, most audacious examples was the 1966 song "Les Sucettes" (Lollipops), the story of a girl who is “in paradise” every time “that little stick is on her tongue”. He persuaded French pop singer France Gall, 18 at the time, to record it. Gall later said she hadn't understood it was about fellation. When she found out she never spoke to Gainsbourg again.

In September 2020, Belgian singer Lio slammed Gainsbourg as “the Weinstein of song” in reference to the former film mogul and convicted sex offender Harvey Weinstein. “Gainsbourg behaved badly towards young women, he harassed them. I witnessed it several times,” Lio told Arte radio.

Lemon Incest and other scandals

Lio is one of the few people to have publicly called out Gainsbourg for the way he could badmouth women in person or in song.

Gainsbourg's groundbreaking concept album "Homme à tête de chou" has an air of femicide about it: “If you flinch, I'll wring your neck,” the narrator tells his lover Marilou. And in a fit of jealousy, he does.

One of his later hits "Love on the Beat" (a pun on the French slang word “bite” meaning “prick”) features S&M sound effects of a woman being slapped then shouting.

But it's the song "Lemon Incest" which is arguably the most challenging in 2021. Recorded in 1984 with his 12-year old daughter Charlotte Gainsbourg, the title plays on the words “zest” and “incest”. The video shows a topless Serge lying next to Charlotte on a double bed. “ The love we will never make together is the most beautiful, the most violent, the purest, the headiest," they sing as he caresses her cheek. While critics said the video glamorised abuse and paedophilia, the song was not banned and in fact rose to N°2 in the French charts.

“Very few of his albums could be released today,” journalists Fabrice Pliskin and David Caviglioli wrote in an article  in Le Point.

“They combine all the vices the current cancel culture is going after. They are nasty, misanthropic, misogynistic, fatphobic, elitist, sometimes racist, sexually deviant, obsessed by teenage sensuality.. when it isn't incest."

Gainsbourg's defenders, including his daughter Charlotte and long-time partner and muse Jane Birkin, agree that some works would be censured if recorded today.

Asked on France Inter radio on Tuesday whether "Lemon Incest" could be recorded in 2021, Charlotte Gainsbourg said 'no' and agreed that it would be banned.

“Times have changed, I defend the song, I would like to sing it again, but the subject [of incest] is shocking,” she said.

But in numerous interviews she maintains her father was gentle, funny and rather reserved in real life.

“We had a very pure and beautiful relationship, like the one we sang about in "Lemon Incest",” she said.

“I love the song, for me it's very innocent. My father is playing with provocation, but he is so sincere and honest in this song."

As for the scandalous behaviour in public it was part of the destructive 'Gainsbarre' persona he adopted in the second half of his career in which he hid behind dark glasses, alcohol and aggressivity.

“My aggressivity hides my shyness,” Gainsbourg said several times early in his career.

While recording some of Gainsbourg's songs would be problematic in the #MeToo era, his work continues to inspire and influence.

French singers and musicians like Benjamin Biolay, MC Solaar, Air and Feu! Chatterton recognise their debt to the “enfant terrible” of French song.

Outside of France, the likes of Nick Cave, Portishead and Massive Attack have explicitly referenced his influence on their work.

Gainsbourg's seminal 1971 concept album “Histoire de Melody Nelson”, a flop at the time, is now hailed by a generation of indie bands, notably US indie star Beck who sampled from it on “Sea Change” in 2002.

“It's one of the greatest marriages of rock band and orchestra that I've ever heard,” he wrote in the liner notes.

“When you write pop songs, at some point you have no choice but to look at this iconic guy, who said 'fuck you' to everything,” said Jinte Deprez of Belgian group Balthazar.

Meanwhile Gainsbourg continues to be one of the most streamed artists on Spotify in France, and not just among those who grew up with him. 22 percent of his songs are streamed by the 35-44 age group, 17 percent by the 18-24's.

Gainsbourg caused a storm in 1979 when he released Aux Armes Et caetera – a reggae version of the French national anthem, La Marseillaise.

That a Jewish singer, accompanied by top notch Jamaican musicians, could dare to play around with the anthem sent conservatives and the military into a frenzy. He received death threats, but the record went on to sell 600,000 copies and brought reggae into the mainstream.

When, in 1980, a group of former paratroopers tried to stop Gainsbourg performing in Strasbourg, he raised his fist and continued the song a capella.

“I think reggae is revolutionary music and La Marseillaise is a revolutionary song,” he said when asked whether he hadn't gone too far.

In 1984 he caused further outrage by setting fire to a 500 franc note on French TV in protest at having to pay a lot of tax. Destroying banknotes is illegal.

In a measure of how times have changed, Florian Philippot, formerly with the hard-right National Front party and now leader of The Patriots, paid the late bad boy a laudatory tribute.  "An immense artist, from a freer and more creative era," he wrote on Twitter on Tuesday. "More intelligent than the current obscurantism!". Gainsbourg reflected "a France which had not given up being herself, and which was loved for that around the world".