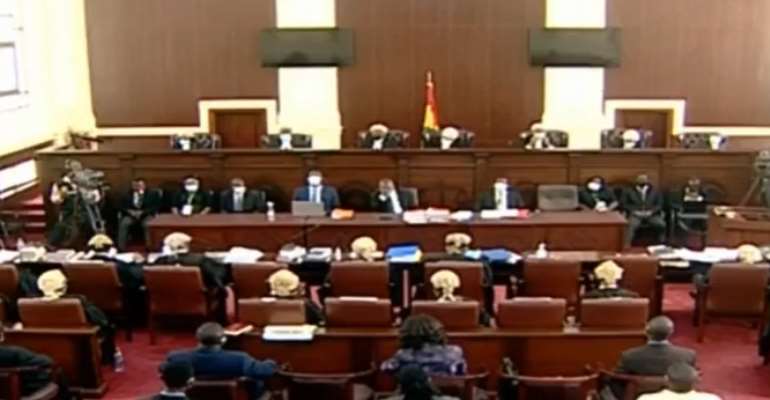 The Supreme Court will tomorrow, Thursday March 4 deliver its final judgment on the December 2020 presidential election.

The National Democratic Congress’ John Dramani Mahama took the Electoral Commission (EC) and President Nana Akufo-Addo to the court following the 9th December 2020 declaration of Nana Addo Dankwa Akufo-Addo as the winner of the poll.

Mr. Mahama, who is a former President of the Republic, contended in his petition that President Akufo-Addo did not meet the constitutional threshold for election to the high office of President, and, that the Electoral Commission’s declaration of him as President was invalid.

The Supreme Court will tomorrow give its verdict on the five issues from the pleadings for determination.

Ahead of the judgment, the Ghana Journalist Association (GJA) has admonished its members to exude professionalism in their reportage on the final verdict of the Supreme Court in the election petition case.

Addressing the press ahead of the verdict, President of the GJA, Roland Affail Monney, called for non-sensational and non-partisan reportage.

“We are praying that there will be nothing [tragic] about tomorrow's coverage of the judgment of the Supreme Court case. We want you to enhance the coverage of the hearings.”