Criticize but don’t berate, malign and insult us – Supreme Court Judges to Ghanaians 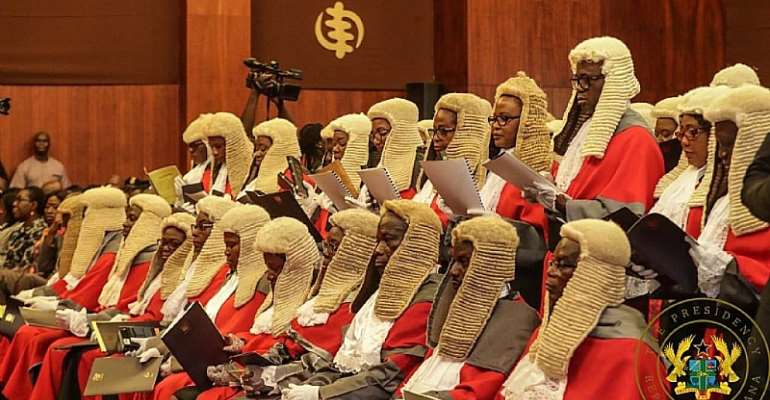 The Justices of the Supreme Court say media practitioners and members of the public are free to criticize them but should desist from insulting them.

The call from the Justices comes ahead of the judgement of the court in the election petition filed by the Presidential Candidate of the opposition National Democratic Congress(NDC) John Dramani Mahama.

The Supreme Court after two months of legal arguments will give its judgement on Thursday, March 4, 2021.

Speaking at a press conference organized by the Ghana Journalists Association and the Judicial Service in Accra Wednesday, Justice Yoni Kulendi expressed the Judges uneasiness about attacks in a section of the media over some of their rulings.

His comment comes after the Judicial Service issued a letter last week cautioning media houses to desist from publishing hateful, indecent and offensive statement against judges.

Justice Yoni Kulendi urged the media to be circumspect in commenting about the judiciary.

“His Lordship has said I should tell you that as trustees of the peoples’ power of justice we are willing and happy to be criticised. Criticize us as violently as you can but for Christ’s sake don’t insult us. Don’t berate us, don’t speak hatred don’t malign us, don’t… because like yourselves the work that you do and the heart that you bring to bear on it it’s a similar consciousness with which Judges embrace their work.”

He added: “…I’ve come to appreciate the complexities, the challenges of being a Judge and sometimes the sleeplessness that you go through in making sure that you can take a decision that you can live with in your conscience and you’re true to your oath. By all means, criticize us because you are the owners of the process but let’s be circumspect about vile, improper, unfortunate language.”