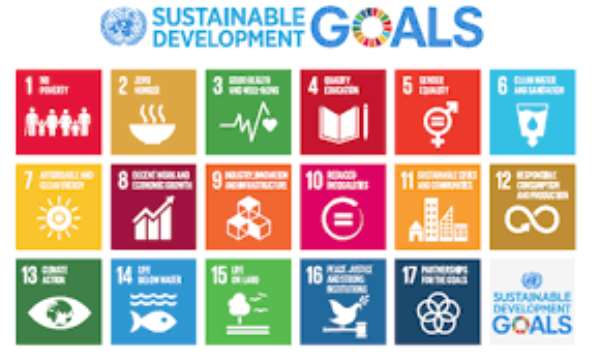 The ECA’s Acting Director of the Macroeconomics and Governance Division said this while giving a progress report on the implementation of Agendas 2030 and 2063, and tackling the COVID-19 crisis at the regional and sub-regional levels at the on-going 7th African Regional Forum for Sustainable Development.

Indicators such as fiscal deficits, rising debt and remittances which are estimated to fall by 20% because of COVID-19, are all putting pressure on struggling African countries.

In addition to the pandemic, Africa faced challenges in security, illicit financial flows, the environment, among others, all which negatively impacted on the continent’s efforts to achieve the goals of the 2030 and 2063 Agendas.

Both agendas had identical pillars in the Africa Sustainable Development Report, which was prepared by the ECA, the African Union Commission (AUC), the African Development Bank (AfDB) and UNDP. The report sought to provide integrated reporting on the performance of both agendas.

The interlinked pillars looked at in Agenda 2030 were Climate, People, Prosperity, Partnerships and Peace; and in the 2063 Agenda, Partnerships, and Peace and Governance, Improved Living Standards, Transform Inclusive and Sustain Double Economy, an Integrated Africa, and Youth and Gender Empowerment.

“The progress in the area of economic growth and poverty reduction has slowed in the recent decade. This has not taken into full account what COVID-19 has done to economies,” Mr. Armah said.

The pillar on People, looking at hunger, health and education, recorded a 20% increase in undernourishment. At 53%, food insecurity is high compared to other continents and double the global average of 25% with undernourishment quite acute in East and West Africa.

While life expectancy increased from 57 years in 2010 to 61 years in 2018, and maternal and under 5 mortality rates have declined, they still remain 2.6% higher than global average.

Only 13% of the continent’s population has social protection, but it is higher in North Africa at 39%.

Under Gender Equality, violence against women was higher than other regions, and early marriages were prevalent. But on a positive note the share of women in national parliaments was at par with the global average of 25%. Quality of education was also a concern.

Only 26% of countries have met the AU 2019 target in the area of democratic governance. West Africa has seen a decline in democracy, according to the report.

Mr. Armah said in peace and security, there has been some retrogression. Some 74% percent of African countries face major challenges in achieving SDG 16, while 23 percent face significant challenges from complex terrorism to insurgency.

Only about 6% of Africa’s population has electricity and this inequality is big concern.

In the area of corruption, Africa fared worse than other parts of the world on the corruption perception index.

The share of national budgets that are domestically funded increased from 61 to 67%. So while there has been a decline in domestic mobilisation of funding, most countries were now financing their budgets from their own resources.

ODA, which has been the source of resources for a lot of countries, has declined by 0.7% but Africa has seen remittance flows increasing to dwarf ODA flows.

Six out of seven African countries are in debt distress, and a few more are joining, according to the report.

“Orderly addressing of the debt situation is going to be critical to determine how Africa will achieve set targets,” Mr. Armah said.

“There is need to enhance investments to key enabling areas such as health and governance and also to put in place reforms to reduce corruption.”

In renewables and green investment, he said, Africa can actually create more jobs than brown investments, an opportunity that COVID-19 has thrown up.