Association of Garages set March 22 for district and zonal elections 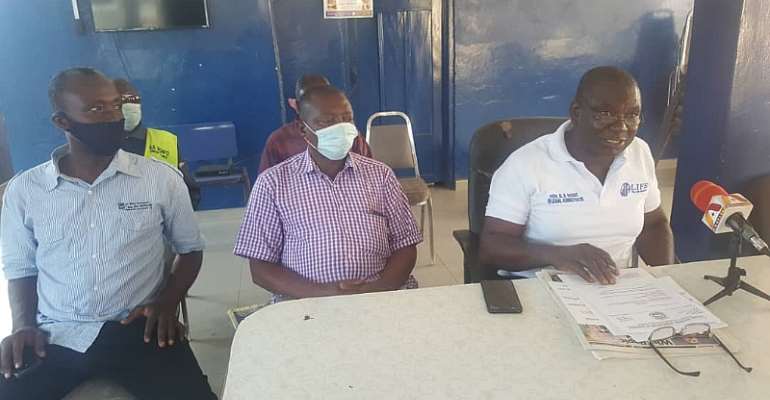 The Ghana National Association of Garages has set aside 22nd March, 2021 to hold its Districts and Zonal Executives elections in the Ashanti Region.

In a decision by the National Executive Committee (NEC), all the Regions are directed to hold the elections at the Zonal and Districts levels respectively.

At a press conference to outline the rules and guidelines for the impending elections following the outbreak of the novel coronavirus pandemic, the Ashanti Regional Administrator, Mr. B.B Bassit said management have held consultation with members and it was agreed that all the 12 zonal centres in the region will organize the elections in four (4) days to enable them observe the covid-19 safety protocols.

He said the association will on the day, task the Electoral Commission to conduct the elections in all the districts and zonal centres in the region.

He indicated that the general elections will be on the 22nd March 2021.

Basit noted that former Regional Chairmen and National Executive Committee Members' 8year term of office has ended and for that matter cannot contest for any position.

He added that the rest of the executive members are eligible to contetst for any position apart from their current positions they are holding based on the association's constitution in Article 11(D).

B.B Bassit explained that members who have decided to contest for the chairmanship positions are expected to pick forms at the cost of Ghc500, vice Ghc300 and the rest Ghc200.

According to him, monies paid are not refundable.

He cautions aspirants both at zonal and the districts levels to campaign responsibly devoid of profane languages.

Mr B.B Basit charge members to observe the covid19 protocols before and during the elections.