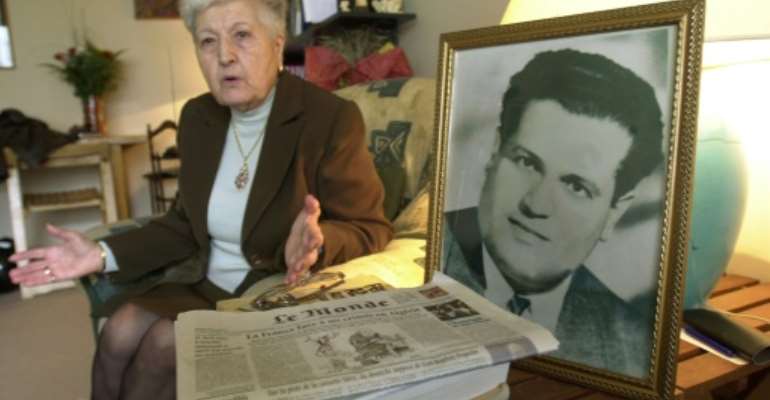 In this file photo taken in 2001 Malika Boumendjel, widow of Algerian lawyer Ali Boumendjel gives an interview at her home about her husband's death during his 43 days detention by the French army on March 23, 1957.. By Eric Feferberg (AFP/File)

President Emmanuel Macron has admitted for the first time that French soldiers murdered a top Algerian independence figure then covered up his death in the latest acknowledgement by Paris of its colonial-era crimes.

Macron met four of the grandchildren of Ali Boumendjel and admitted "in the name of France" that the lawyer had been detained, tortured and killed in Algiers on March 23, 1957, his office said Tuesday.

French authorities had previously claimed that he had committed suicide while in detention, a lie that his widow and other family members had campaigned for years to see overturned.

"Looking our history in the face, acknowledging the truth, will not enable us to heal all of the still open wounds, but it will help to create a path for the future," the statement from Macron's office said.

As the first French president to be born in the post-colonial era, Macron has made several unprecedented steps to face up to France's brutal fight to retain control of its north African colony, which won independence in 1962.

In 2018, he admitted that France had created a "system" that facilitated torture during the war and acknowledged that French mathematician Maurice Audin, a Communist pro-independence activist, was also murdered in Algiers.

In July last year, he tasked French historian Benjamin Stora with assessing how France has dealt with its colonial legacy.

Stora's report in January made a series of recommendations, including acknowledging the murder of Boumendjel and creating a "memory and truth commission" that would hear testimony from people who suffered during the war.

It did not suggest a formal state apology, however, and Macron has said there would be "no repentance nor apologies" but rather "symbolic acts" aimed at promoting reconciliation.

Boumendjel was a French-speaking nationalist lawyer and intellectual who served as a link between the moderate UDMA party and the National Liberation Front (FLN), the underground resistance movement.

Macron praised his "humanism" and his "courage" in his statement, adding that Boumendjel had been influenced by French Enlightenment values in his fight against "the injustice of the colonial system". 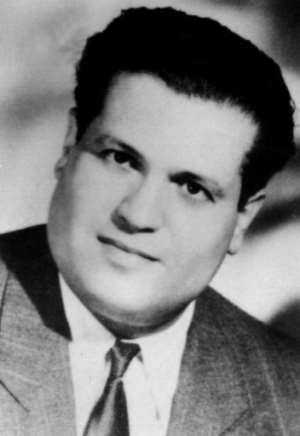 A undated file photo of Algerian lawyer Ali Boumendjel, who was also a member of underground resistance Algerian Liberation Front (FLN).. By - (AFP/File)

In 2001, the former head of French intelligence in Algiers Paul Aussaresses published a book called "Special Services 1955-1957" in which he described how he and his "death squad" tortured and killed prisoners, including Boumendjel.

Aussaresses wrote that the government, notably the then justice minister Francois Mitterrand, who later became president, was informed about and tolerated the use of torture, executions and forced displacements.

Last month, Boumendjel's niece Fadela Boumendjel-Chitour denounced what she called the "devastating" lie the French state had told about her uncle, which had never been officially corrected.

Macron also said on Tuesday that he would continue to open national archives and encouraged historians to continue researching Algeria's independence war, which saw atrocities committed by all sides.

Paris ruled Algeria for more than a hundred years and the independence war from 1954-1962 left 1.5 million Algerians dead, leaving deep scars and a toxic debate about the legacy of colonisation.

During his 2017 election campaign, Macron declared that the occupation of Algeria was a "crime against humanity" and called French actions "genuinely barbaric".

But despite his outreach efforts, he has been criticised for ruling out a state apology, with the Algerian government calling the most recent report by Stora "not objective" and "below expectations". 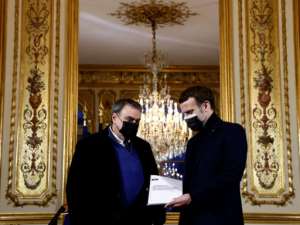 French President Emmanuel Macron (R) meets in January at the Elysee Palace with historian Benjamin Stora for a report on France's colonisation of Algeria and the Algerian War for independence.. By CHRISTIAN HARTMANN (POOL/AFP)

On France's right and far-right, many politicians object to raking up the past, with French colonialism still defended as a "civilising" enterprise that helped develop occupied territories.

During his presidential run in 2017, Macron's comments on Algeria were denounced by his defeated right-wing rival Francois Fillon as "this hatred of our history, this perpetual repentance."