The Sprouting Of Naysayers Against Covid-19 Vaccines 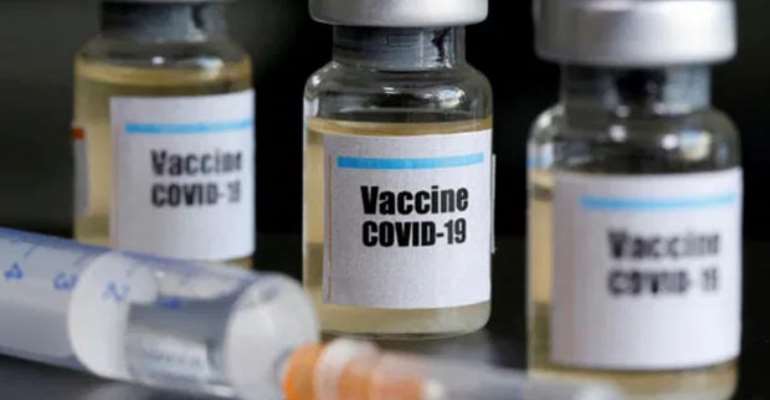 They started rehearsing their evil plans even before the vaccines arrived. They knew what they were saying was not the truth but they deliberately took to social media to peddle their well-rehearsed wicked lies. Those with small and fickle minds bought and swallowed everything, hook, line and sinker. They deliberately targeted the ignorant ones in our society and before we could blink an eye, their messages started spreading like wildfire. We never thought people could be so callous in the face of such a serious outbreak of a pandemic. We were taken unawares and now here we are, seriously trying to dilute the poison.

You don't need a rocket scientist or a soothsayer from Nalerigu to tell you those behind the lies being churned out to Ghanaians. They are the same naysayers who went to town to misinform the populace when ex-president Kufuor introduced the National Health Insurance Scheme to do away with the killer cash and carry system of health delivery. Those days, we were made to know that Mr. Kufuor wanted money to add to his war chest so that he could get enough money for his political campaign, hence the introduction of the scheme. According to them, the premium to be paid will be used to oil the wheels of Kufuor's war machine.

Many who followed these naysayers died prematurely when they felt sick and could not get money to go to hospital simply because they did not register with the scheme. Today, we are one more time a country awakened to danger and called to save lives. Well-meaning Ghanaians are joined together in a great cause irrespective of our political leanings to defeat a pandemic that is threatening the very survival of our generation. It is now abundantly clear that the pandemic makes no distinction among politicians, the security services, men, women, children, the rich and the poor, old or young. We have to work together to subdue the pandemic or sink together if we fail in our efforts. The same guys are up in arms and sprouting out like poisonous mushrooms on cow dung. People are being told to avoid taking the Covid-19 vaccine because if they do, they will lose their manhood and women will be barren if they take the jab. Since no man will not like to lose his manhood and no woman wants to go barren, people have decided not to take the vaccine when the programme is rolled out. What makes this particular lies so serious is that as the whole world is moving forward as far as the fight against coronavirus is concerned, these criminals are knowingly or unknowingly drawing Ghana backward. Thankfully, in this era of IT, their lies will be exposed in no time and they will continue to follow the path of lies all the way to where it ends in history's unmarked grave of discarded lies.

In this holy war against the killer pandemic, there are struggles ahead and dangers to face but as usual, this country will definitely define her time, and not defined by the naysayers. We will not tire, we will not falter and surely we will not fail as we trudge on laboriously. I know how resilient the President is when it comes to issues like what we are facing now. We believe in his popular quotation: “All these too shall pass”. Since the pandemic reared its ugly head in the Ghanaian society, the President has never rested, he has never relented nor yielded. That is the mark of a good and resolute leader.

In this wilderness called the world, lies and truths have always been at war but God, the All-knowing has never been neutral between them. Truth always prevails and will prevail in Ghana despite the wicked and unpatriotic behaviour of these naysayers.

But my dear reader, are you not surprised at the fastest way scientists of the world have been able to work beyond exhaustion to find a vaccine for Covid-19? If the Nobel Peace Prize is to be awarded this year, it should surely go to the scientists who developed the various vaccines being used today to combat the Covid-19 pandemic. Times have changed so rapidly. If our scientists today were to have been alive when the Spanish Flu attacked the world, more lives would have been saved. Indeed, the various pandemics that broke out in the world would have had minimum effect on mankind. We must thank God for small mercies. Just imagine the number of human beings who would have died if these vaccines were not developed.

Our President continues to soothe our souls in times of difficulties. Ghanaians have become so much attached to the 'Fellow Ghanaians' episode that no one misses the broadcast. The last 'Fellow Ghanaians' episode cooled my hitherto rampaged brain. If the President, the Vice President and their spouses, the Asantehene, the Speaker of Parliament, Parliamentarians who represent us, men of God and a host of dignitaries have been billed to take the Covid-19 vaccine and you, a poor common man or woman like me sit in your obscure corner and refuse to take the jab, I think the time has come for you to put on your thinking cap. We seem not to learn a lesson as we move on as a nation. When EC decided to compile a new register in the run-up to the 2020 general election, some nation wreckers told us not to register but when the time came, they were the first to clandestinely register at the wrong side of our eyes. Similarly, when the National Identification Authority decided to register all Ghanaians for the Ghana Card, the same criminals campaigned that no one should go out there to register but again they went behind the door to register while we later queued all day long to get registered. For how long should we sit aloof while these pathological liars continue to deceive us? As for me and my family, we have made our shoulders ready to take the jab. You can decide to go to sleep while we take a jab!!!

Sack all underperforming security personnel – CFF Ghana to A...
20 minutes ago