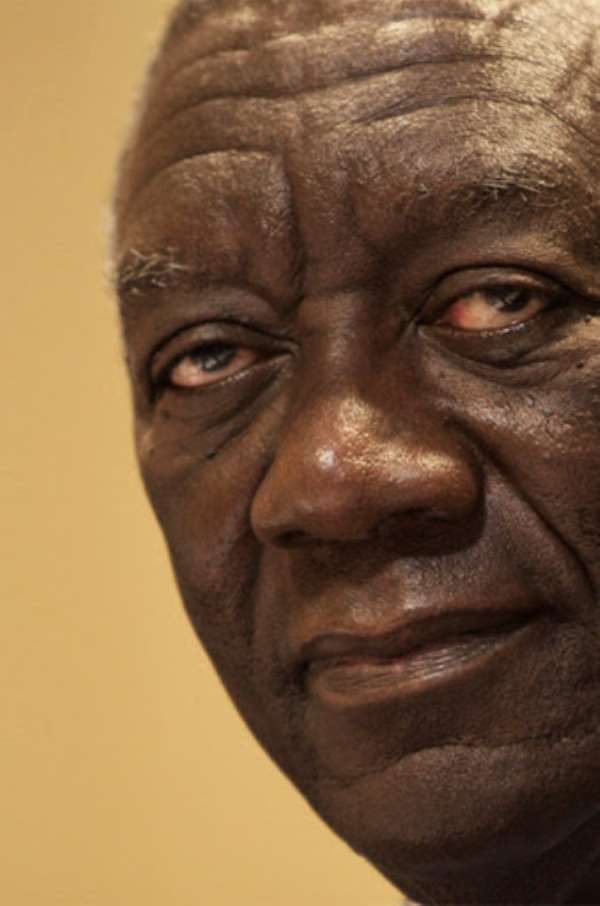 Former President John Agyekum Kufuor says the LGBT+ practice is unacceptable and “against our culture and religion”.

Speaking on Accra100.5FM’s morning show, Ghana Yensom on Wednesday, 3 March 2021, he told show host, Kwame Appiah Kubi that during his term as President of Ghana, conversations surrounding the legalisation of LGBT came up and he rejected the idea.

“I rejected LGBT legalisation when I was president because it baffled me. It still baffles me because LGBT practice is against our culture, religion and even defies nature,” he said.

The leading member of the governing New Patrioric Party (NPP) added: “I did not accept it as president then and I can’t accept it now, in my old age”.

Reiterating President Akufo-Addo’s stance on the issue, the former president stressed that the LGBT practice was unlawful and must not be allowed in the country.

“No law allows such thing in Ghana. The president has emphatically stated that it will not be legal under his reign so let’s forget about it,” he further stated.

President Nana Akufo-Addo has noted his stance on the LGBT practice and same sex marriage.

Speaking at St. Michael and All Angels Cathedral in Asante Mampong on Saturday, 27 February 2021, during the installation of the Second Archbishop of the Anglican Church of Ghana, the president said, “For same-sex marriage to be legalised in Ghana, it will not happen in my time as President”.

“I have said this before and let me, in conclusion, stress again that it will not be under the Presidency of Nana Addo Dankwa Akufo-Addo that same-sex marriage will be legalised in Ghana. It will never happen in my time as President”, he emphasised.

The President made a similar declaration in 2018 after he had said in an Aljazeera interview that the recognition of the LGBT+ community in Ghana was “bound to happen” in Ghana, for which he was roundly criticised.

The debate sprung up again after the LGBT+ community opened an office space at Ashongman in Accra.

It was later closed down by the National Security Secretariat following widespread condemnation by the general public led by the clergy and CSOs.