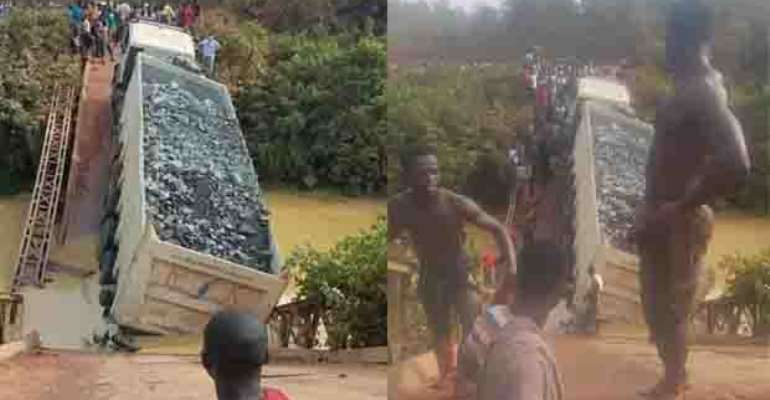 The Wassa Akropong bridge in the Wassa Amenfi East Constituency of the Western Region has collapsed, killing a 27-year-old motorist.

According to information gathered by DGN Online, the motorist was carrying other two persons using the bridge in the morning alongside a truck carrying stones for the construction of a nearby road.

The bridge, according to an eyewitness report, collapsed in the process, killing the motorist on the spot.

The rescue team sent the other two injured persons to the nearby medical facility for treatment while the deceased has been sent to the morgue, pending an investigation by the police service. 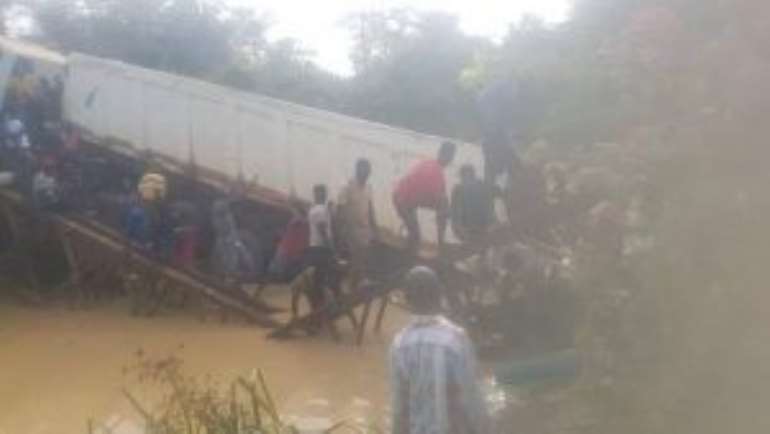 A/R: Over 500 houses earmarked for demolition in Afigya Kwab...
17 minutes ago