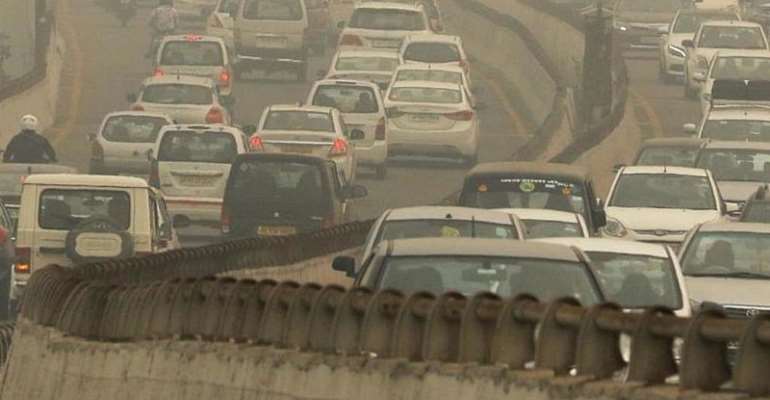 Delhi city authorities will bring in 300 electric buses in the first push of an ambitious drive to try and improve air quality in India's national capital which deteriorates sharply during winters.

The commuter buses will start arriving from factories in October and the entire fleet will be on the city's streets by February 2022, said Delhi Transport Minister Kailash Gahlot.

Delhi has plans to induct a total of 600 such vehicles in addition to 1,000 public buses that run on low-emission natural compressed gas, according to reports.

“Delhi will be the capital of the world where all government departments switch to electric vehicles for road travel,” Delhi's Deputy Chief Minister Manish Sisodia said.

The administration has promised upfront discounts ranging from 1,700 euros to up to 3,240 euros on specific models of new electric vehicles.

“The discounted amount will be directly credited to the bank account of the customer,” said one city car dealer, citing the government's cash-back scheme.

"I also urge the youth, who are looking to buy their first car or bike, to go for an electric vehicle as the Delhi government is giving huge subsidies and there is no road taxes or registration charges,” the chief minister added.

Switching to electric vehicles will be another effort that all of us together will take to ensure that we continue this fight towards sustainability, he added.

Kejriwal, who is in office for a second term, banks on his popularity with the city's teeming middle classes to combat air pollution with the Switch Delhi Campaign.

The chief minister has also asked his team to rope in resident associations, locally called RWAs, into the air clean-up drive.

But despite his efforts, only 465 electric cars were sold in the city of 19 million residents in past six months, according to published reports.

In August, in a policy roll-out, Kejriwal said he hoped to ensure a quarter of all new vehicle registered in the capital city would run on batteries by 2024.

The electric vehicle policy also aims to set up scores of charging points and battery-swapping stations in Delhi, which has around 11 million vehicles, many of them fuel-guzzling jalopies.

“I am looking for a good bargain but first I must spot charging points near my home or office,” commented potential electric scooter buyer Anirudha Guha.

The national government of Prime Minister Narendra Modi has also stepped up efforts to reduce air pollution in the capital city and nearby states with the help of a tough federal law.

Last month, his government also unveiled a national plan that could drive 6.8 million old and unfit private and commercial vehicles into the scrap yard.

Delhi's air pollution deteriorates in the months leading to winter largely due to traffic fumes and burning of farm waste by growers in nearby states.

Twenty-two of the world's 30 most polluted cities are in India.  Delhi is ranked among the top three.