Infrastructure spend: insights from the effect of a bridge across the Zambezi on maize prices

By Sam Jones - The Conversation 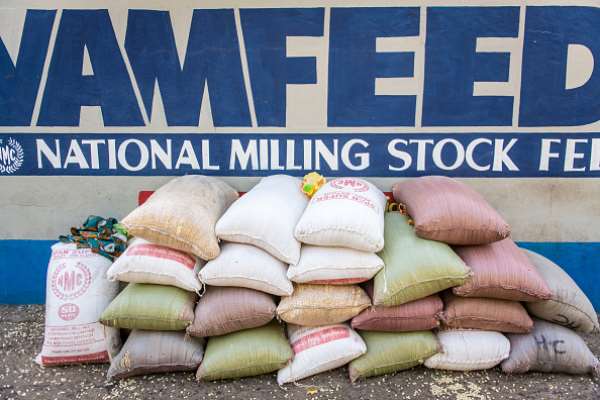 Investments in infrastructure – such as roads – typically aim to reduce transport costs, stimulate trade and make new production activities viable. Across sub-Saharan Africa, the need for such investments is widely acknowledged .

The argument for more and better infrastructure seems fairly compelling. But little rigorous evidence has been collected about the magnitude of the economic impacts from such new investments. In part, this is because new investments often respond to new activities, such as growing cities, and are not necessarily independent causes of that growth.

To get around this, researchers typically focus on so-called “exogenous shocks”, where neither the location nor timing of changes to infrastructure can be explained by existing economic factors. In Mozambique, one such positive shock occurred in 2009 with the completion of a major bridge over the Zambezi river, financed primarily by external development partners .

The Armando Emilio Guebuza Bridge was important for two reasons. First, before it was constructed, the river formed a natural barrier to direct north–south trade along the main highway. Historically, there was a ferry service. But it was extremely inefficient. The journey lasted less than 30 minutes, yet the ferry only ran from 7 am to 5 pm, was notorious for breaking down, and was frequently suspended during the rainy season. As found at many other border posts and river crossings in the region, lengthy queues of vehicles lasting several hours and even days were common. Also, alternative options were limited, necessitating extremely lengthy detours.

To analyse the economic impact of the bridge, we looked at changes in the difference in maize prices between market pairs that did, and did not, use the bridge to trade. According to the “ law of one price ” expounded by economists, opportunities for arbitrage will tend to ensure that the difference in prices between goods produced in place A and sold at place B only reflect transport costs – in other words, competition between traders should drive any opportunities for additional profit down to zero. So, because market pairs that did use the bridge to trade experienced a positive shock to the quality of their transport infrastructure, we would expect their transport costs to fall – and this should be reflected in smaller price differences.

Comparing the groups of market pairs that did and did not use the bridge to trade, we found that differences in maize prices did become smaller for the first group. In other words – consistent with the law of one price – their maize markets did become more closely integrated. Even so, we found this was only the case for relatively close market pairs. For others, driving distances remained so large that the gain from the bridge was negligible.

Maize is the staple food in Mozambique, consumed across the country and predominantly by the poorest households. While it is also produced by small farmers across the country, there are large distances between the most productive areas of the country in the centre and the north and the main urban centres of demand in the south.

Historically, poor transport infrastructure – including just one north-south road, no integrated national rail network and no coastal shipping services – has meant differences in prices for maize can be very large over the country. As we plot in in the figure below, for agricultural markets located more than 250km apart, on average maize prices are at least 25% more expensive in destination versus origin locations. And, at times, this average difference has reached over 40% such as during the food price crisis of 2007/08. Figure 1: Average absolute relative difference in maize prices between markets more than 250km apart. Author

Staple foods and well-being of the poor

Understanding what drives food prices is important because these prices are critical to the well-being of the poor. Sudden price increases can drive many consumers into poverty, with knock-on consequences for other important expenditures such as schooling. And as we saw during the prelude to the Global Financial Crisis of 2007/08, rising food prices often spilled-over into political unrest.

But stabilising prices is fraught with difficultly. And this case is no different. On the one hand, we see that the construction of the bridge did significantly improve the integration of maize markets in Mozambique. We also found evidence that other agricultural commodity markets, especially for products that can be easily stored and transported in bulk, benefited from the bridge.

On the other hand, the benefits appear to be fairly narrow. A comparatively small number of market pairs substantially benefited from the new investment. For others, the improvement in journey times was not sufficient to seriously reduce trading frictions between the capital city and areas of surplus maize production.

Overall, the general lesson is that very careful cost-benefit analysis must be undertaken when embarking on major infrastructure investments. In themselves, they are rarely a panacea for the difficult trading conditions facing many rural producers and provide no guarantee of price stability.

Sam Jones does not work for, consult, own shares in or receive funding from any company or organisation that would benefit from this article, and has disclosed no relevant affiliations beyond their academic appointment.