Five strikes, you're out: Twitter cracks down on Covid vaccine misinformation 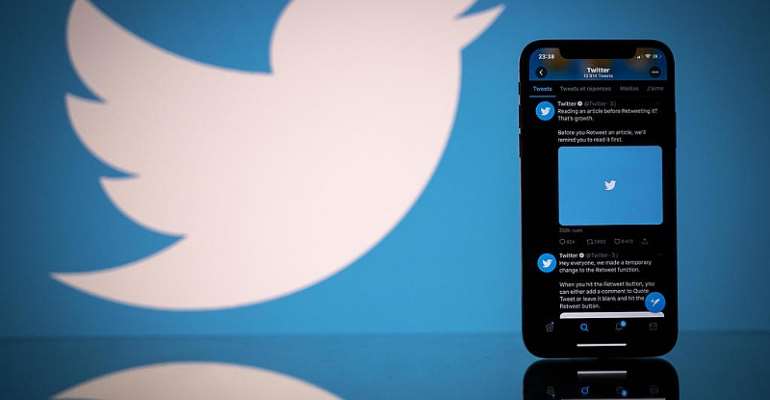 Twitter has stepped up its offensive on misinformation with a new policy that will block repeat fake news offenders from the social media platform.

"We believe that this warning system will help educate the public about our regulations and better reduce the spread of potentially dangerous or misleading information on Twitter, especially for repeated, moderate or serious offenses," the social media platform said in a statement on Monday.

If a user posts false information twice, they will be blocked from Twitter for 12 hours, while a fourth warning will see them blocked for seven days. A fifth false post will make the ban permanent.

The move has been motivated by false claims about alleged side effects or suggestions that Covid-19 vaccines are used to harm or even eradicate populations.

This week, Ghana's President Nana Okufo-Addo took the Covid-19 vaccine on live television, in part to dispel rumours circulating on social media that the vaccine was intended to wipe out the African race.

Some have also questioned the fact that Covid-19 is an actual virus.

Twitter's UK headquarters said it would be heavily monitoring tweets to ensure that the most harmful information would be banned from the site.

Both YouTube and Facebook said in October that they would strictly regulate and ban misinformation about coronavirus vaccines, which were in a clinical trial stage at that time.

Twitter moderators monitoring the platform have taken down more than 8,400 tweets and have to date issued warnings to 11.5 million accounts around the world.

While the California-based company has focused on the worldwide coronavirus vaccine campaign, its fake news purge first gathered pace after numerous tweets linked to disinformation about the 2020 US elections.

This culminated in a permanent Twitter ban against ex-president Donald Trump for repeated offenses, including provocations that led to accusations of incitement to violence.

As it did on inflammatory political statements, Twitter will now label offending tweets which "may contain misleading information about Covid-19 vaccines", according to the statement.