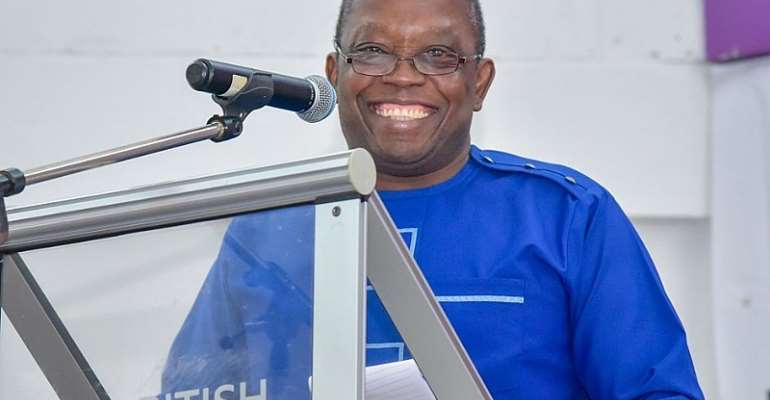 The Auditor-General, Daniel Yaw Domelevo is expected back to his post tomorrow, Wednesday, March 3, 2021.

This follows the expiration of his 167 days forced annual leave which began on July 1, 2020, upon the orders of the President, Nana Addo Dankwa Akufo-Addo.

Mr. Domelevo was asked to proceed on his accumulated leave of 123 days but had the duration extended by 44 more days to include his leave for the year 2020 other than just the initial leave period calculated from his 2017 to 2019 working years.

The Auditor-General was said to have made use of only nine out of his 132 annual leave days since assuming office in December 2016.

Earlier this year, there were unconfirmed media reports that the Auditor General was to resume work on January 11, 2021, but Mr. Domelevo in a social media post clarified that his leave rather ends on March 2, 2021.

He disclosed that he will however go to the office on March 3.

Controversial as it was at the time, about 1,000 Ghanaians in Ghana and abroad, led by Korieh Duodu and Lolan Sagoe-Moses signed a petition presented to the Presidency demanding a reversal of the leave directive to Mr. Domelevo.

They noted that, the President's directive, issued in a letter dated 30th June 2020, renders the Auditor-General, an independent constitutional officer mandated with auditing the accounts of all Ghanaian public institutions, incapable of performing his duties.

But the Presidency said the leave order could not be reversed. Other subsequent events

Nine Civil Society Organizations jointly sued President Akufo-Addo at the Supreme Court over the matter after his refusal to rescind the decision on what they felt was an unlawful executive order.

There were those who even opined that the move was an affront to the fight against deep-rooted corruption in the country.

Others pointed out that it smacked of an intentional action to pave way for Mr. Domelevo’s removal from office.

Mr. Domelevo himself fought part of the battle.

He wrote a letter urging President Akufo-Addo to reconsider the order to proceed on leave since according to him, the directive was unconstitutional and one that breached the labour law.

“I consider it an honour to be of service to the State and urge that you reconsider the directive in order to protect the sanctity of the labour law, the constitution and the independence of the Auditor-General which is of utmost importance in so far as ensuring that the constitutional principles of probity, transparency and accountability are concerned,” he noted.

He also noted that the Presidency “must have been aware also that several appointees of the President, have not, since the year 2017 taken their annual leave to date.”

“The direction therefore that I proceed on leave, oblivious of the other workers similarly circumstanced, gives the impression that the decision is not taken in good faith,” he added.

But the Office of the President rejected these assertions and termed them as very misleading .

Prior to the leave order, Mr. Domelevo was facing a lawsuit from the former Senior Minister, Yaw Osafo-Maafo, and four others, who were challenging a $1 million surcharge.

In May 2020 however, he was found guilty of contempt for failing to respond to the suit.

The Senior Minister and four other officials from the Ministry of Finance sued Mr. Domelevo to clear their names in relation to what was said to be breaches of the Public Procurement Act (PPA) that resulted in their payment of US$1 million to a private UK firm, Kroll and Associates.

They maintain that the Auditor-General erred in law and professional procedures.

The government also held that Mr. Domelevo did not go through proper constitutional practice before going public and announcing the findings.