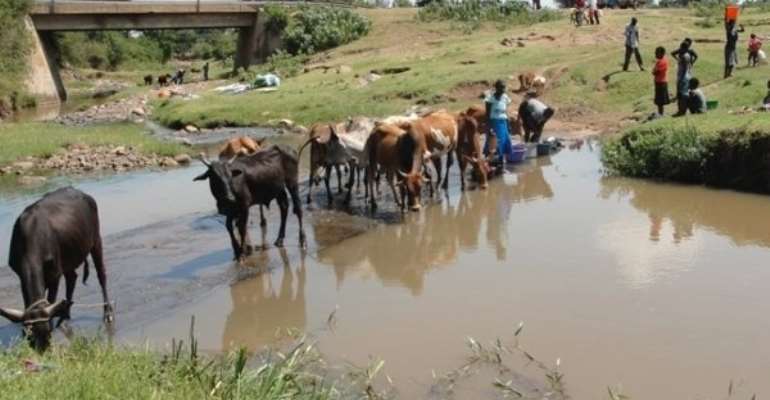 Residents of Ahuntumano, a farming community in the Ahanta West District of the Western Region have for years shared their sources of drinking water with domestic animals due to the lack of potable water supply system in the area.

They have therefore called on authorities to help them with potable drinking water to avoid the water borne diseases affecting the community.

The Residents mainly farmers, indicated that the community never had access to potable drinking water from time immemorial.

According to the residents who spoke with the Ghana News Agency, their only source of drinking water which is the stream has dried up due to the current weather condition.

They added that animals such as goats, sheep and dogs also drunk from the same water they depended on, which was having negative effects on their health.

They therefore called on authorities to help them with potable water supply.