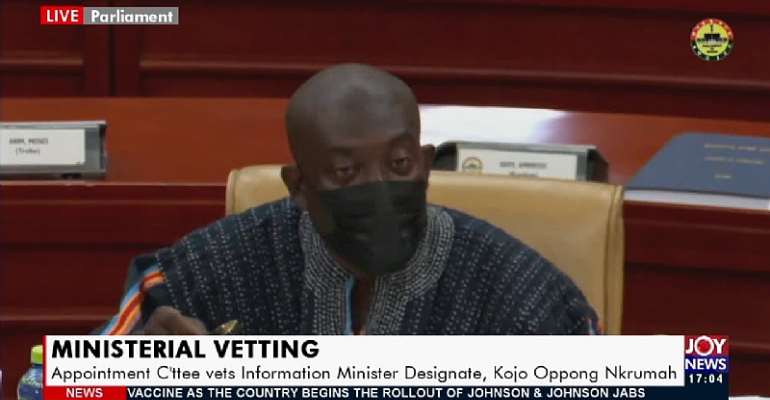 The National Democratic Congress (NDC) MPs on appointments committee have revealed that the failure of Kojo Oppong Nkrumah to be truthful during his vetting informed their decision to reject his nomination as Information Minister designated.

The Member of Parliament for the Ofoase-Ayirebi constituency is amongst three nominated ministers that have been rejected by the appointments committee.

While his rejection has raised a lot of eyebrows especially from members of the New Patriotic Party, the NDC caucus on the appointments committee has come out with a release to defend their decision.

They explain that the Minister-designate for Information was not the least candid with the committee on the multiple infractions of the law leading to the Bank of Ghana’s revocation of the license of Oval Microfinance – a company in which he was 83% majority shareholder.

The release adds, that Kojo Oppong Nkrumah at his vetting “peddled untruths under oath about the circumstances leading to investigative journalist Manasseh Azure relocating to South Africa with the assistance of the Media Foundation for West Africa when the journalist faced threats to his life”.

Below is the justification for Kojo Oppong Nkrumah's rejection: 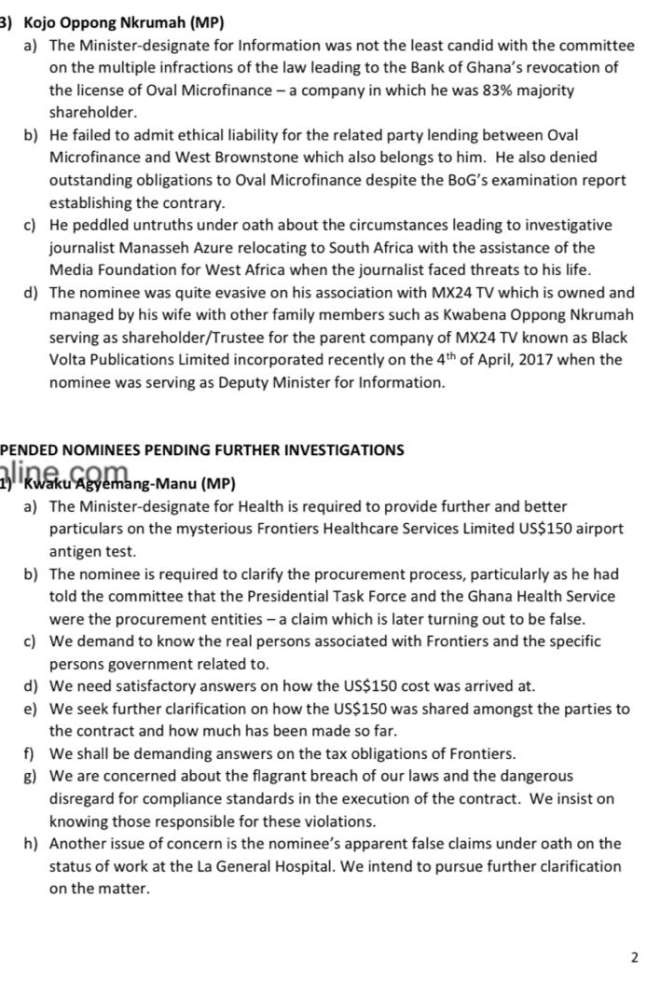