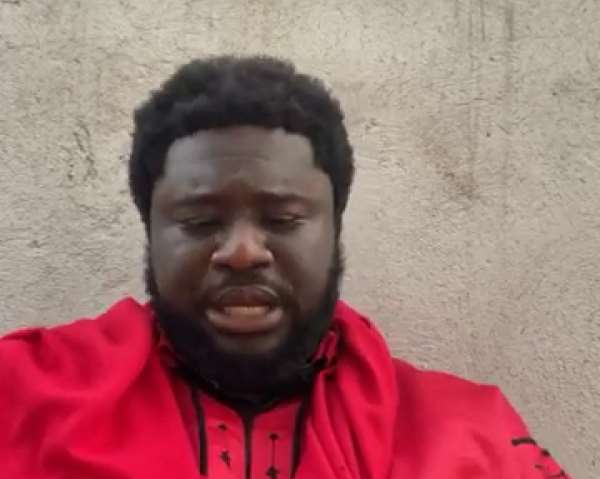 The founder and leader of the Ajagurajah Movement in Ghana, Odeefuɔ Kwabena Asiamah has given reasons why the strict enforcement of the law is better than the belief in God's grace to do mighty things.

He said he preferred the applicability of the law to God's grace because "In every country where the law works, the country becomes prosperous. Because the laws work in Saudi Arabia, that is why they are wealthy. Because if you steal, your hand shall be amputated, no one steals and the crime rate is low. But, in order countries, crime wave is high because they espouse freedom of speech."

According to him, when Ghanaians were asked to wear nose masks, most people refused to comply with the directive. But the moment the police begin to aggressive, many people started wearing their masks. "That is how human behaviour is. The law is better than grace".

He was speaking in an interview with One Ghana TV monitored on YouTube.

Kwabena Asiamah said the laws in the old testament is even more difficult than the new testament.

"Jesus said, love your neighbour as thy self. If you have two cars, give one to your friend, how come? If someone slaps you, turn the other cheek. Even if you insult, you shall go to hell. The laws of Jesus are far more difficult to comply with than that of Moses," he stated.

Ajagurajah stressed that it was wrong for any pastor or spiritualist to condemn another. "Have you ever seen Traditional Priests condemning one another before? Also, You never hear two Mallams fight".