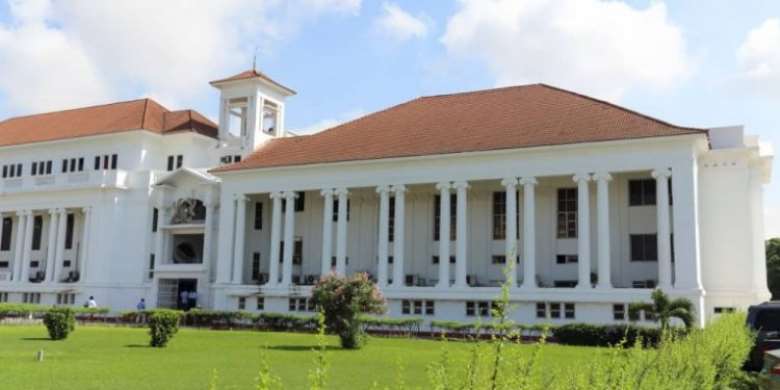 When read fully in context, Charles Dickens’ often quoted reference to the law being an ass, amuses, bewilders but also reveals a reality:

“It was all Mrs. Bumble. She would do it," urged Mr. Bumble; first looking round, to ascertain that his partner had left the room.

That is no excuse," returned Mr. Brownlow. "You were present on the occasion of the destruction of these trinkets, and, indeed, are the more guilty of the two, in the eye of the law; for the law supposes that your wife acts under your direction."

If the law supposes that," said Mr. Bumble, squeezing his hat emphatically in both hands, "the law is a ass — a idiot. If that's the eye of the law, the law is a bachelor; and the worst I wish the law is, that his eye may be opened by experience — by experience.”

Ghana is awash in the law these days – professionals, as well as knowledgeable-sounding lay people all the way to total ignoramuses. And all to do with the Election 2020 petition. The judges, the lawyers, the witnesses – willing or unwilling – are all fair game. Sometimes we may sound that much erudite or asinine, depending, I suppose, on which side of the petition you find yourself.

I for one, am one of those people unashamedly on the side of the petitioner and have felt most uneasy about the so many “unanimous” decisions being handed down by the supreme court since the case started and its refusal to demand accountability from a public official. Actually, my commentary today was to have been titled “Unanimous FC”, after a satirical clip gone viral, reflecting the many unanimous decisions, all against the petitioner. I had written it and as I usually do, had it peer reviewed and ready for syndication – when all of a sudden, the Judicial Service waded in with its gagging order. It would be an understatement to say I felt so let down and very angry! The Ghana Journalists Association (GJA), the International Federation of Journalists, and many academics have expressed extreme disquiet and condemnation.

Court proceedings on the petition have divided the nation, not because of its intrinsic value or not, but if truth be told, the perception that the bench is loaded with individuals who do not wish the petitioner well. And that is the crux of the matter. The conventional wisdom in certain quarters is that, the court is hostile to the petitioner while at the same time panders to the interest of the defendants. To such people, the outcome was already predetermined with the choice of the panel. Fair or unfair commentary, but that’s the trajectory of the narrative in the public domain, which seems to have spooked the Judicial Service to hire a private law firm to threaten the media and general public to desist or face the full wrath of censorship! Indeed, so sweeping is the threat that media houses and commentary writers like me who are seen as critical of the process are in danger of being thrown into jail. Is that what Ghana has become? Where are the voices that stalked the petitioner during his first term finding fault where there was no fault? Is this the Ghana they looked forward to when they rallied behind Nana Akufo-Addo? It is unbelievable. The law firm of [email protected], so emboldened by the arrogance and authoritarian airs of its clients, went along with the clients’ totally unconstitutional order to gag not only the media, but more importantly and effectively every citizen of the land. If our rights and freedoms guaranteed under our constitution can be taken away like this, then we can expect neither fairness nor justice!

Go ahead, [email protected], go ahead Judicial Service, lock us up! The law, as is being purveyed by this nugatory gagging order is a(n) ass indeed! I hope they will see their way clear very soon to retract, pull down their rather hateful, spiteful order from platforms and apologise for this monumental miscalculation.

As for the performance of the “Unanimous FC”, well, we are waiting for the referee’s whistle at full time!