LGBTQI: Addai-Nimoh hails Akufo-Addo for standing against Homosexuality in Ghana 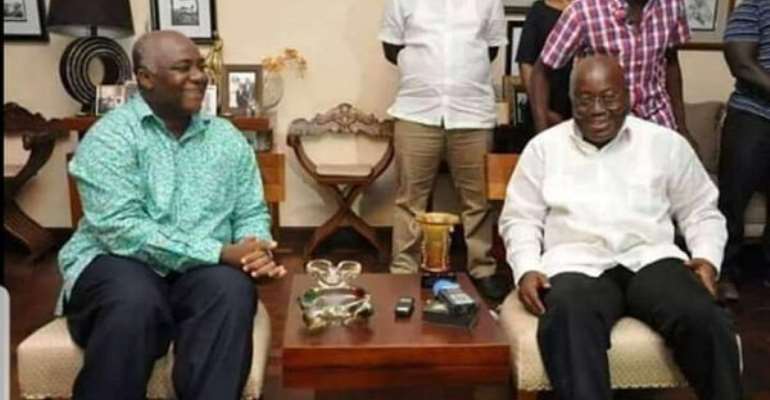 Hon Francis Addai Nimoh, a former Member of Parliament for the Mampong Constituency and 2014 NPP Flag-bearer aspirant has stated that the LGBTQI activities are alien to the customs and traditions of Africans especially in Ghana here and for that matter, we shouldn’t cosset it as H.E President Akufo-Addo has lamented.

Speaking to the host of Sweet Morning Show (SMS) ,Mr Addai on Kumasi-base Sweet FM monitored by MyGhanaMedia.com on the issue, Mr. Francis Addai Nimoh quoted that “All things are lawful but not all things are expedient”, Ghanaians including the media should stand and pledge against LGBTQI in order to boycott and condemn it completely.”

The former MP also commended President Akufo-Addo for his commitment not to legalise same-sex marriage.

This comes in the wake of pressure on the executive arm of government to come clear and state its position on activities of persons who identify with the LGBTQ community.

President Akufo-Addo stressed out that it will not be under his presidency that marriage between persons of the same sex will be legalised in Ghana.

“We want him to go further to review the law and expand it to capture all related sexual orientation that has to do with the same-sex marriage and criminalises it in such a way that there will be no way it can have any institutional endorsement under any government.”

According to him, there should be an amendment to strict laws in our constitution particularly the criminal law on Human Right to abolish LGBTQI + Activities to ensure that if someone falls victim she or he will face the law with harsh punishment to help fight against that act.

The former MP and 2014 flag-bearer aspirant for the NPP further stated that the directive Human Right in chapter 6 of the constitution stated the Right of each Human in the country with the exception of practicing the act of LGBTQI. He made this as the people of LGBTQI claiming that it is their Human Right to choose such an act.

He said that Europeans and Americans cannot push us to legalized what is not in our constitution or against our norms and culture. As far as they give us support does not means we should endorse every devilish agenda they will bring on board even if it goes against our law.

He added that it is disgrace to any dignitary or persons who are proffering this negative act instead of collaborating with the religious bodies campaign against the LGBTQI but are supporting this demonic act.