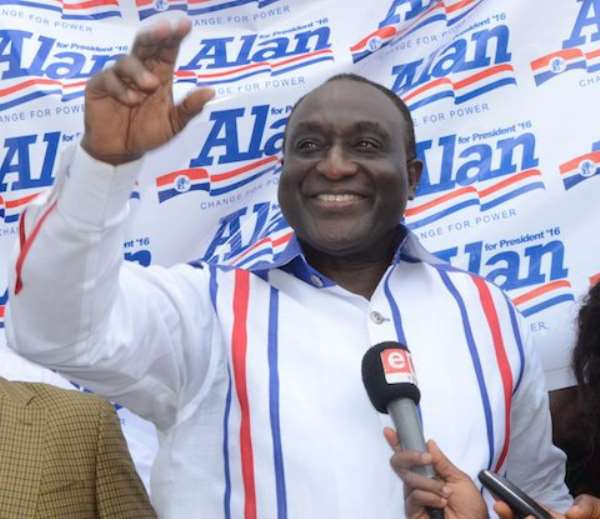 CITEG Ghana, a Civil Society Organization (CSO) that believes in the ideologies of the ruling New Patriotic Party (NPP) led by its Founder and President, Alex Kweku Tetteh, has made a strong case for the candidature of Alan Kyeremanteng, as the perfect and next NPP flagbearer to succeed Akufo-Addo in 2024.

According to Mr. Tetteh, the NPP flagbearership race has already been settled since delegates already know that Alan stands tall above any other candidate that will seek to contest including Vice President Dr. Bawumia.

He revealed that Alan’s loyalty dates back to the days of his father as a true patriot following in the footsteps of Danquah Dombo political tradition.

“Alan’s father supported NPP and President Kufuor including leading members of the NPP leadership are very much aware of this. I am therefore urging Vice President Bawumia to lend his full support to Alan while he waits for a better time to bounce back to the political scene. Kufuor told Akufo-Addo when the NPP won in the year 2000 that Aliu Mahama should be given the chance.

He added, “Akufo-Addo kicked against it and told Kufuor in the face that when you finish your term 8 years, go with your Running Mate so President Akufo-Addo should also exit with his running mate in 2024.”

He recalled that during the 2007 Legon NPP congress to elect the flagbearer, Alan sacrificed and submitted by conceding to save the party needless rounds of voting.

“This is the covenant that Alan created since that time and it still holds so NPP shouldn’t make any mistake by bringing Dr. Bawumia. Alan has contested the NPP race twice and should be given the nod on his 3rd attempt,” the CITEG President and Founder stated.